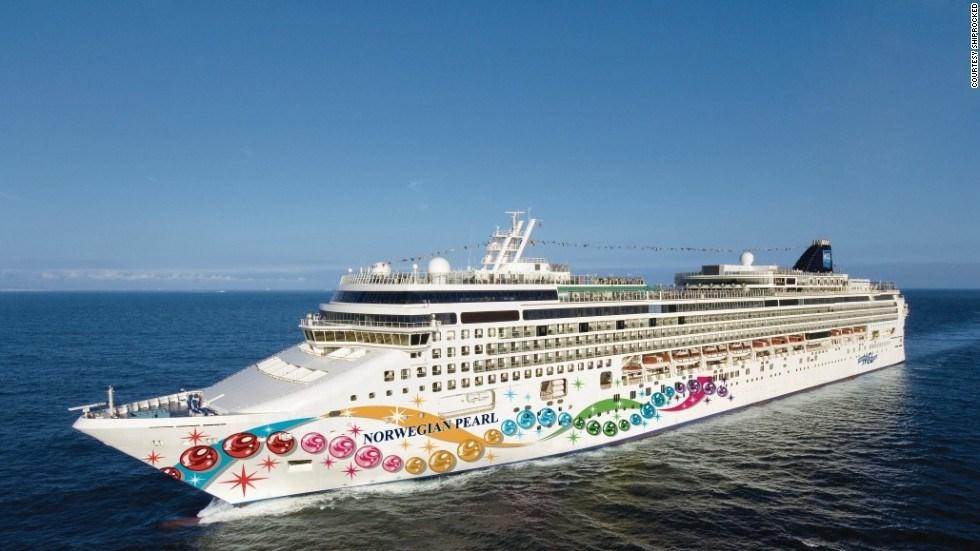 (CNN)A search is underway in the waters off Cuba after a woman went overboard during a cruise ship dance party.

The U.S. Coast Guard says the unidentified woman was reported missing Thursday night by the crew of the Norwegian Pearl. The Coast Guard says it was told the woman fell from the deck of the ship, 22 miles off the coast of Cuba. The cruise ship company said it wasn't an accident.

"A female guest was observed intentionally going overboard while the ship was sailing in the Yucatan Channel," Cruise Norwegian said in a statement. The cruise line says it deployed three rescue boats and notified the Coast Guard.

The Coast Guard sent a cutter and an airplane to assist in the search, which was made more difficult by rain and darkness.

The incident happened on the first day of the so-called Mad Decent Boat Party, an electronic dance music event, as the ship sailed from Miami to Cozumel, Mexico.

On its website, the Mad Decent Party is advertised as a "crazy boat adventure...for four days of friends, fun, sun and non-stop music."