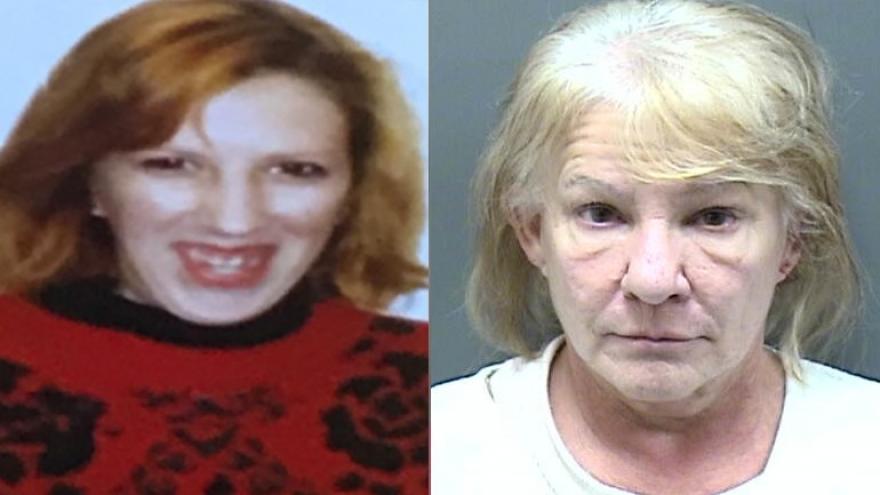 Investigators say Johnson was cognitively impaired and when she was 18, her mom died and she was on her own. She went to a medical clinic for help. There, officials say she met a registered nurse, identified as Linda LaRoche, who recognized Peggy's disability and took her into her home.

For the next five years, police say LaRoche burned and beat Johnson, and forced her to sleep in a crawl space. Johnson was never reported missing.

Her remains were found in the Town of Raymond in Racine County.

For 20 years, investigators could not identify Johnson-Schroeder and she was known as just “Jane Doe.”

A break in the case came in September of 2019, when someone called police and said LaRoche -- who lived in Cape Coral, Florida -- was telling people she killed a woman back when she lived in Illinois.

According to a criminal complaint, LaRoche's ex-husband admitted he came home one day and saw Johnson's lifeless body on the floor. He says he took the kids for ice cream while LaRoche got rid of the body.

The sheriff’s office worked with the Racine County District Attorney’s Office to present a case to a jury that proved, beyond a reasonable doubt, that LaRoche killed Johnson-Schroeder and hid her corpse.

“The Sheriff’s Office will never forget or stop working a cold case homicide. While the deaths of Peggy Johnson, Amber Creek, and Juanita Zdroik were once cold case homicides, these cases are shining examples of the hard work and dedication of the members of the Sheriff’s Office in creating closure for the victims’ families. I would like to thank all the professionals who assisted in bringing Peggy’s killer to justice. For anyone involved in any other homicide, you need to worry. It is not a matter of if, but when, you are held accountable."