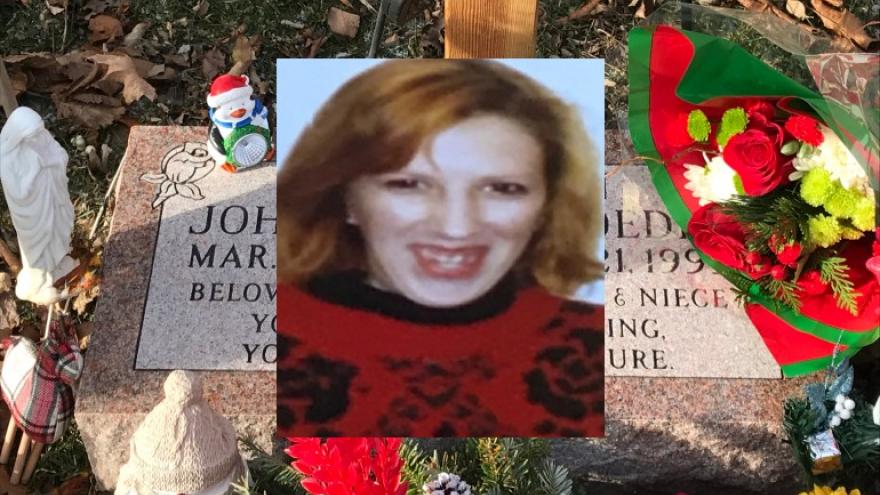 See Also 20 years later, Peggy Lynn Johnson has a proper headstone
BELVIDERE, Ill. (CBS 58) -- Peggy Lynn Johnson, a woman whose identity was unknown for years after she was murdered in Wisconsin, will be laid to rest next to her family in Illinois.

Peggy was killed in the Town of Raymond in 1999. The 23-year-old from McHenry, Illinois was burned, beaten, and tortured leading up to her death.

For two decades, Peggy was unidentified and her grave stone read "Jane Doe," but investigators never stopped working on her case.

In November 2019, Peggy's body was positively identified and her suspected killer, Linda La Roche, was captured.

On March 4, Peggy will be laid to rest next to her mother and grandparents at Highland Garden of Memories, located at 9800 Illinois Route 76 in Belvidere, Illinois.

The Racine County Sheriff's Office says a service will be held at 11 a.m., and will be attended by Peggy's family and will be open to members of the public.

"Peggy will be remembered as a gentle, loving, soft spoken soul. Peggy was a caring and dedicated daughter, sister, friend, and child of God. Peggy is survived by her half-sister, aunt, uncle, and cousins," the sheriff's office said in a news release.

Due to the sensitive nature surrounding Peggy’s passing, the family is asking for privacy during this difficult time but would like to invite the community to share in Peggy’s service as a celebration of her life.

The memorial service for Peggy will have a special blessing officiated by Racine County Sheriff’s Office Pastor Antony Balistreri. Peggy will be laid to rest on her birthday next to her mother and grandparents, who preceded her in death.

On behalf of the Racine County Sheriff’s Office, Sheriff Christopher Schmaling and staff extended their condolences to the family of Peggy Lynn Johnson.

“We are overwhelmed with the gratitude by the outpouring of community support, along with the generosity and assistance of Gary and Michael Langendorf of Draeger-Langendorf Funeral Home and Jim Anspaugh of Myers Racine Monument Works, to have raised the necessary funds to move Peggy from her initial place of burial in Wisconsin to her final resting place in Illinois which includes the purchase of headstones for Peggy, her mother, and grandmother," Sheriff Schmaling said.