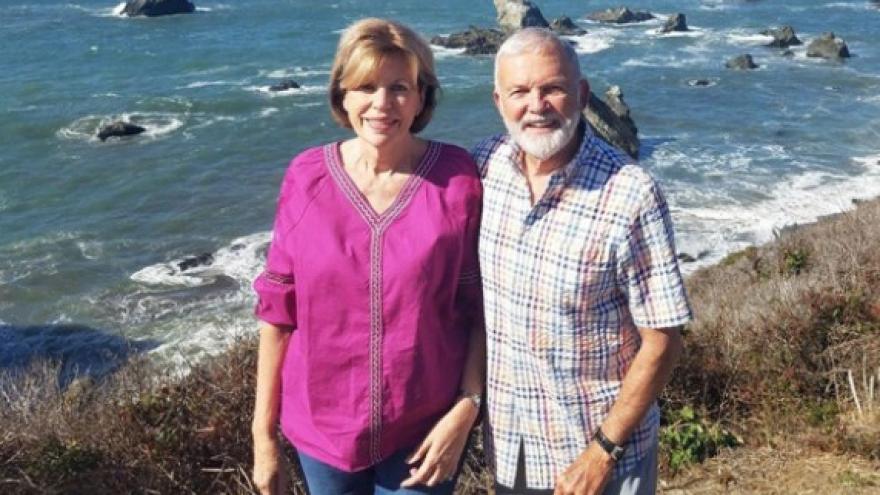 (CNN) When a wildfire engulfed their hilltop rental house without warning, Armando and Carmen Berriz took shelter in a swimming pool, their mouths and noses poking out of the water to gulp the smoky air.

The longtime married couple were there for hours overnight, breathing and praying together, as the blaze roared around them.

Once the fires finally passed, Armando Berriz climbed out, shaken but alive. Carmen, his wife of 55 years, didn't make it.

"Everybody loved her," Monica Ocon said of her mother, 75, who died in her husband's arms early Monday morning amid the fires that have ravaged the Northern California wine country. "This loss has affected family and friends around the world."

Ocon, her husband, her daughter and her parents, Armando and Carmen, were enjoying a vacation in Santa Rosa to celebrate her parents' birthdays. Much of Sunday afternoon was spent by the pool, playing games and swapping stories. 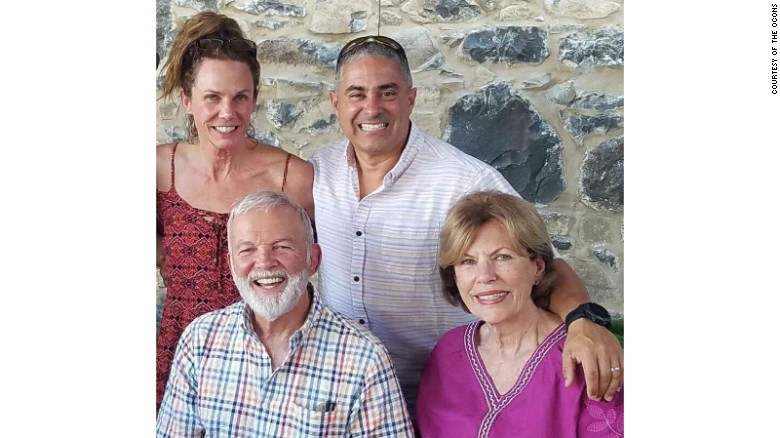 "It's their thing," he said. "They want to keep everyone together, staying united."

They played some board games that evening before heading off to bed, Monica Ocon said. They hadn't smelled any smoke or seen any sign of a fire.

Around 1 a.m., Luis Ocon said he turned out the lights and noticed the red glow of embers outside. He got up to take a closer look.

Seconds later, he watched as an ember hit a patch of grass in the front yard and burst into flames.

"It was like an explosion," he said. "It just lit up." By the time the family left the house moments later, the fire had surrounded them.

"It's hard to explain unless you were there," Luis said. "It went from embers to complete engulfment, completely around us, in 30 seconds, 40 seconds at most."

Luis took one car, followed by Monica and her daughter in another and the Berrizes in a third car. The family began to caravan down from the ridge where they were staying as burning trees fell into the road around them.

"It looked like something you see in an apocalypse movie," Luis said.

When they reached the bottom, the family realized that Carmen and Armando were no longer behind them. Luis sent Monica on to a friend's house while he headed back up the ridge to find his in-laws, but he was blocked by the fires and was forced to turn back.

On his way down, he met a firefighter, who took his number and promised to look for Carmen and Armando.

The Ocons later found out the couple had become trapped by a fallen tree on the drive down. When they couldn't go any further, they exited the vehicle and made their way back up the ridge to the house.

"They went hand in hand, together, and jumped into the pool," Monica said.

The couple stayed in the pool for hours as the fire raged, Luis said. Propane tanks exploded around them while Armando held onto the edge of the pool, burning his hand. Carmen held onto her husband, and they made their way from one side of the pool to the other to escape the heat.

Each time they came up for air, they would pray together to comfort each other.

"They were a team," Luis said. "They counted on each other."

Carmen held on for hours. But the heat and smoke were too much.

"It wasn't until close to dawn that my mom's breath didn't have the stamina to make it any more," Monica Ocon told CNN. Carmen died about 7 a.m. while Armando held her. The family believes it was smoke inhalation that killed her.

Armando stayed with her for several more hours while the fires died down. Finally, he pulled Carmen to the edge and asked her for permission to borrow her shoe, because he'd lost his.

Then the 76-year-old made his way down the ridge, walking through smoldering ashes.

The firefighters alerted the Ocons and told them to head to a nearby hospital, where they were reunited with Armando. When he recovered, he told them what had happened.

"He was consoling us instead of us consoling him," Luis Ocon said. "He was amazing and full of strength."

Armando Berriz was released from the hospital and is recovering at his home in Salinas, California. But "he hasn't begun the emotional recovery," Monica Ocon said.