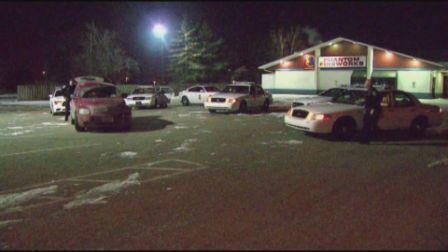 A man is in custody after abducting a woman and child from Milwaukee and bringing them to Indianapolis Friday morning.

Milwaukee police department stated that a caller told police the 22-year-old mother and her 18-month-old daughter were taken against their will by a 22-year-old man, who is the child's father. MPD worked with the relatives of the woman to find out that she and the baby were being taken to Indianapolis, Indiana.

According to a statement from Indianapolis Police, around 12:30 a.m., Friday officers found the suspect in his vehicle with the woman and child at a Phantom Fireworks location in southwestern Indianapolis. The suspect was arrested and a domestic violence detective was requested to the scene.

Indianapolis Police say they were able to get the woman and child food since they had not eaten all day. They were found unharmed and have since been returned to Milwaukee.

MPD will present charges against the suspect to the Milwaukee County District Attorney's Office in the coming days.