Woman Charged with Homicide of Ex-Boyfriend 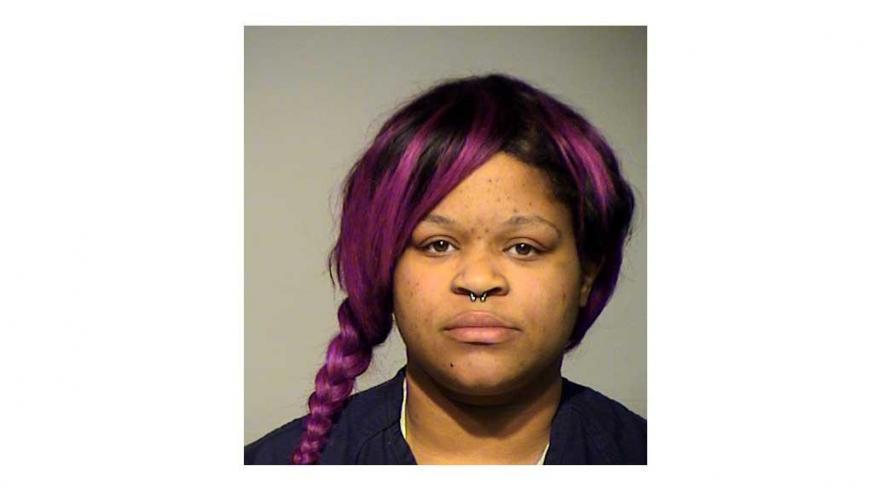 A Milwaukee man was fatally shot while allegedly trying to get “closure” from his ex-girlfriend in the beginning of February.

Another woman told police she was in a relationship with Loren High. She said that on the evening of February 1 the victim texted her “Having a much needed conversation with my ex to get closure. Wish me luck.” After the woman replied she never received another text from the victim. The woman identified the “ex” as the defendant.  The woman also stated that the victim owned a .40 caliber that he called “Betty.”

Porsche Humphery, has been charged with first degree reckless homicide by use of a dangerous weapon.

The victim was found inside his home by a friend on February 5.

A Milwaukee Police Detective responded to the home and observed the victim lying on the living room floor with a visible gunshot wound to the middle of his chest.

According to the criminal complaint, seven .40 unfired cartridges were displayed on a hutch on the east wall.  Detectives, also, found two fired .40 caliber cartridge casings. However, no firearm was recovered during the search of the residence.

In the living room a piece of glass with white powdery residue on it was found on the couch. That piece of glass was processed for fingerprints and Humphery’s right thumb print was allegedly on the glass.

The friend called the victim’s phone but it went to voicemail which he said was unusual. He then went to the victims work but they could not disclose whether the victim had shown up to work or not. The friend then when back to the house and gained entry by pushing a part the screen away from the door and reaching around to unlock the front security door. Upon entering the house he saw the victim lying on the living room floor. The friend stated he was aware that the victim and Humphery were on and off again and that he had witnessed an altercation between them two weeks prior.

Humphery met with a detective and indicated that she never went to the victim’s residence. Humphery gave changing stories. She did admit to knowing about “Betty”, the victim’s firearm.

Video footage based on where the victim stated she was hours before the victim’s death showed her wearing a maroon coat with a light purple scarf, boots, dark pants, and a knit hat. During a search warrant of Humphery’s house, the clothing items were found hanging in the bathroom with a strong odor of cleaner. A detective believed it was to get rid of any blood or DNA that could link her to the homicide.

Humphery’s Gmail account data showed on the evening of February 1 there were 112 hits that included the victim’s residence within the circumference. It even appeared that the coordinates were inside the house or in the front yard.

Humphrey has a Preliminary hearing set for March 29.