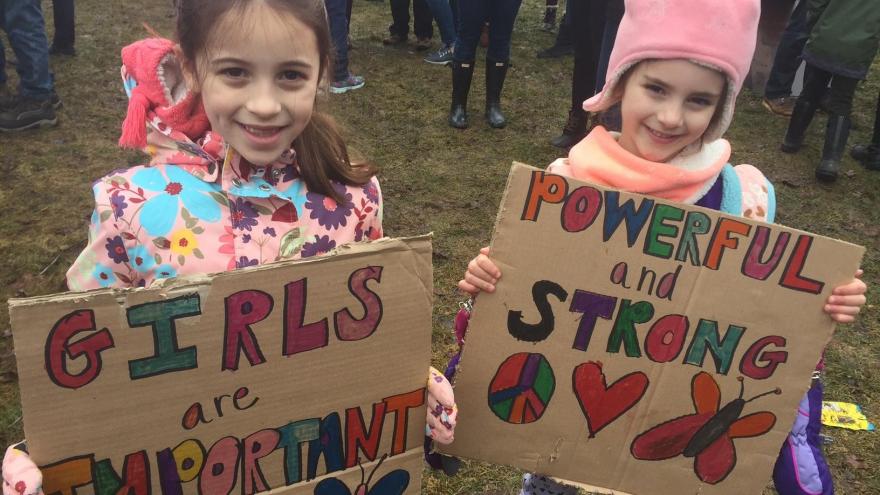 MADISON, Wis. (AP) — About 700 people came out one day after a snowstorm to rally at the state Capitol in Madison for the third annual Wisconsin Women's March.

The State Journal reports that attendees gathered Saturday at the same location where two years ago more than 75,000 people showed up after the election and inauguration of President Donald Trump.

This time the group enduring bitterly cold temperatures heard from speakers highlighting the need for progressive liberal legislation and greater awareness of issues facing marginalized communities. The rally, dubbed the Women's Wave, was one of many across the country.

Sarah Pearson, of Milwaukee, a founder of the Wisconsin Women's March chapter, says that while the first march was a response to Trump's election, the movement plans to continue pressure no matter who's in charge.