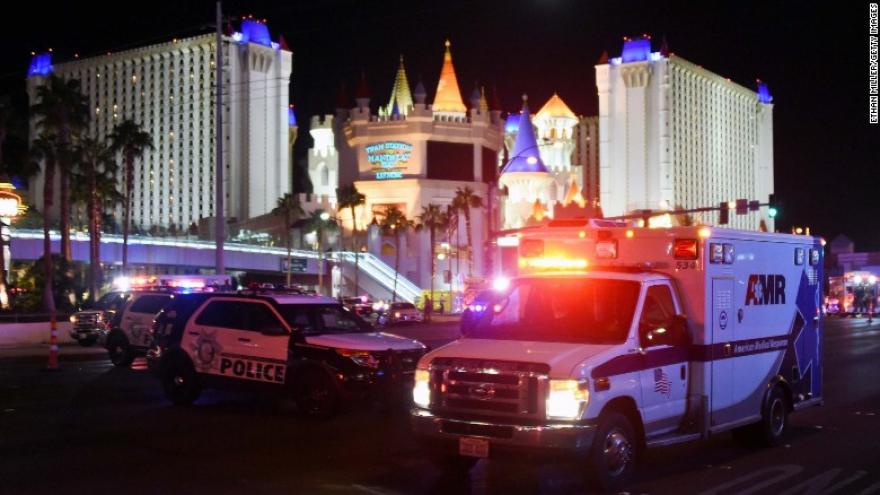 LAS VEGAS (WEAU) -- A Lake Hallie, Wisconsin-area woman says she's thankful to be alive after the mass shooting in Las Vegas, saying her husband covered her with his own body when the gunshots broke out.

Nicole Hoernke, her husband and some friends traveled to Vegas to the outdoor concert where dozens of people were killed by a gunman staked out in the Mandalay Bay Hotel and Casino.

"There were shots all around you and people were on the ground, just trying to get covered," said Hoernke.

Hoernke says the scene was "like a movie." At first she, like many others, thought the popping noises they heard were fireworks. It was then that she said she saw country music start Jason Aldean run off stage and the screens went black. Hoernke says everyone started screaming and chaos broke out.

"My husband pushed me down on the ground and we just got as low as possible to try and take cover and were crawling towards the right side of the stage," said Hoernke.

Hoernke said she and her husband were able to take temporary cover under nearby bleachers.

"At the concert, it felt like the gunshots were going on forever, but it probably only lasted a matter of minutes that we were hiding out under the bleachers," said Hoernke.

Hoernke said they were ushered by first-responders and concert workers to leave the bleacher area and seek shelter at the Hooters Casino Hotel.

"I don't know if they were police officers or medics, or there were more people there working at the country festival," she said. "They were trying to tell everyone to get out of the area, and basically screaming at us to run."

Hoernke said they were in the hotel for about three hours on lockdown before given the all-clear. After that, they were able to navigate several closed road to get back to the house they were staying at.

"We are just very thankful that we got out OK, especially after we kept hearing the death toll rise because we knew it was bad, so we were very, very thankful," said Hoernke.

Hoernke says they expect to be back in the Chippewa Valley Monday afternoon. Police have yet to determine a motive for the shooting.