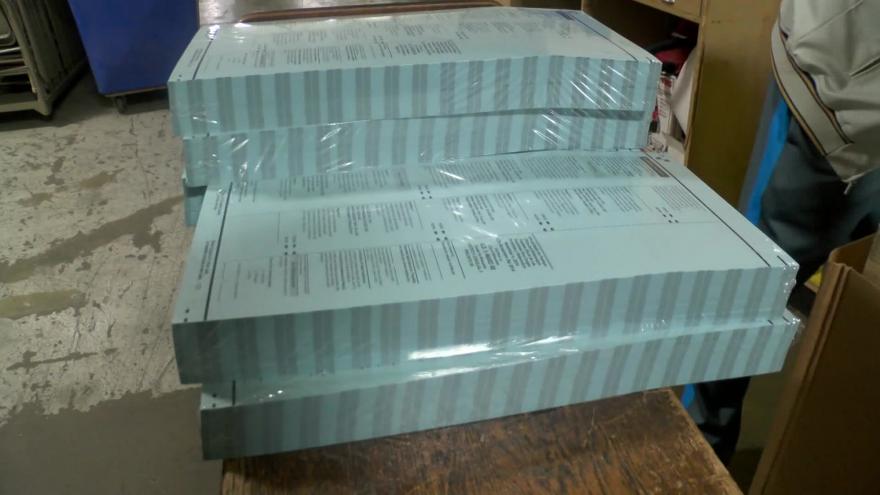 MADISON, Wis. (CBS 58) -- The Wisconsin Election Commission has put on hold a measure that would provide absentee ballot requests to every eligible voter in the state.

The commission met for several hours Wednesday night, but decided to pick the issue back up at a later date.

The effort would cost just over $2 million, but election officials say it's critical in ensuring safe elections down the road.

It's unclear when the commission may reconsider the issue.

The group is split between three Democrats and three Republicans, meaning any decision will need bipartisan support.

MADISON, Wis. (AP) — Wisconsin election officials are set to vote on whether to mail absentee ballot applications to voters who haven't requested one even as President Donald Trump is threatening to pull funding from other states that have adopted similar initiatives.

The state Election Commission is set to vote Wednesday evening on a plan to spend $2.1 million in federal pandemic stimulus money to send applications to 2.7 million voters.

The move comes as the commission is trying to fend off a lawsuit from advocates for the disabled and minorities demanding the panel send absentee ballots to every voter in the state.