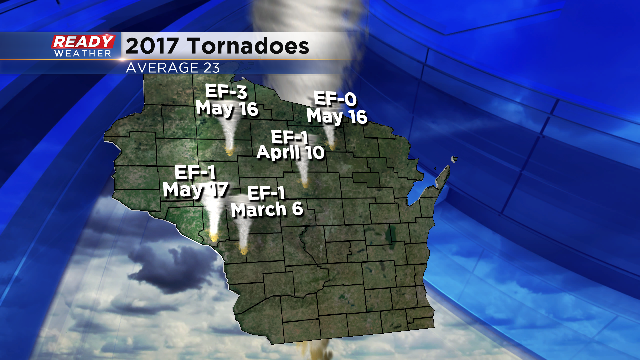 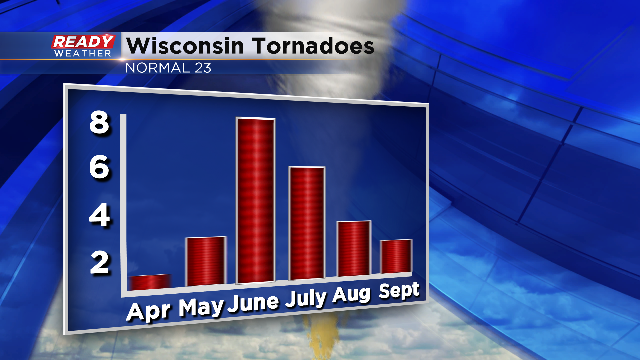 So far 2017 has been relatively active across Wisconsin compared to 2016.  Last year Wisconsin recorded a total of 15 tornadoes for the entire year.  So far in 2017 there have been 5 tornadoes, one that was rated a strong EF-3 with winds over 140 mph.

The reality is 2017 is pretty average compared to normal.  In a normal year the state will record around 23 tornadoes.  June is the month to typically watch.  It has the highest average of 8 tornadoes.  July comes in second with 6 before we end out the summer.

It's interesting to note that Wisconsin has recorded a tornado in every month except February!  The record number of tornadoes occurred in 2005 with a total of 62.