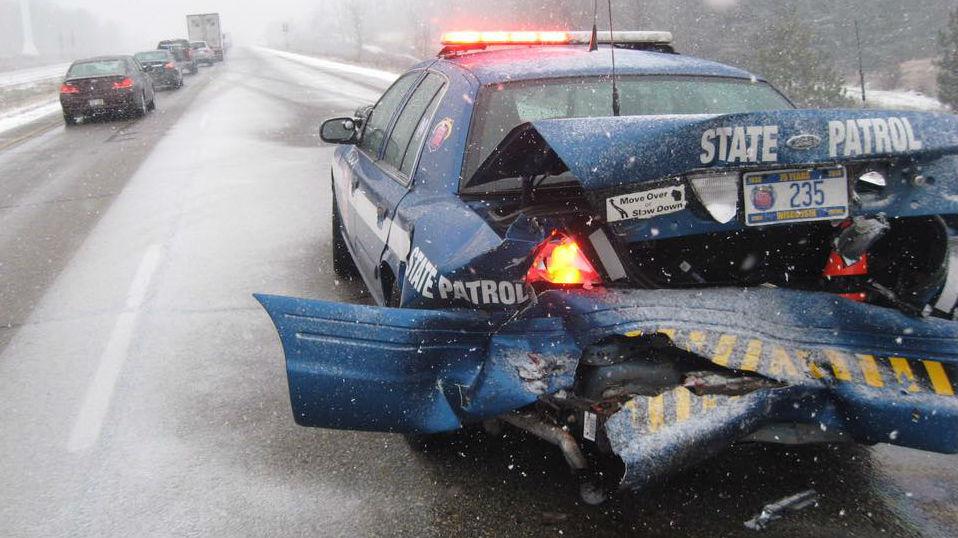 Wisconsin State Patrol Officer David Schmidt is telling drivers to be cautious after his squad car was hit on the freeway during the state's first snowfall of the year. In a Facebook post, Schmidt asks people to share his story so that drivers will move over and slow down for law enforcement vehicles.

The Patrol Officer says he was in his cruiser protecting the scene of another crash when a car hit him from behind. He sustained minor injuries, "I sustained minor injury, but will live to serve another day without permanent/life altering affects. Other Trooper's have not been so lucky, losing limbs and/or their life."

The officer was protecting a four-car crash that happened on I-41 in Washington County that happened Sunday morning at 10:24 AM when drivers were going too fast for the slushy conditions.

The State Patrol Officer was blocking the right lane of traffic with emergency lights activated when a woman from Michigan hit the cruiser from behind.

The woman and three boys in the car were all transported to Aurora Hospital along with the Patrol Officer.

Both cars were totaled in the crash.