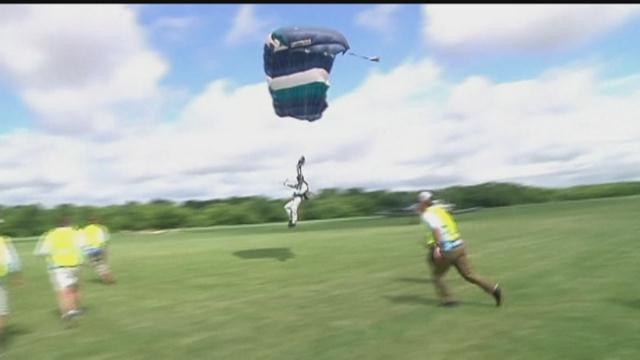 He was actually aiming to complete 300 jumps in 24 hours, but that goal was cut short due to bad weather.

This was all in honor of Kevin's father, who has been battling Parkinson’s for two decades.