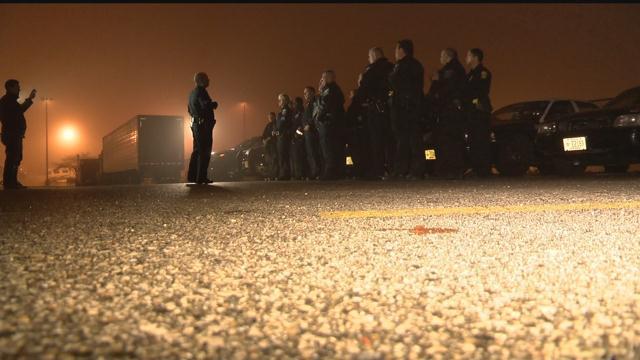 Hundreds of law enforcement agencies in Wisconsin will be on the lookout for unbuckled drivers and passengers during the annual Click It or Ticket mobilization from Monday, May 23, to June 5.

“More officers will be on patrol for longer hours during the mobilization, and whenever they see an unbelted driver or passenger they will stop the vehicle and issue a citation. Their goal is not to write more tickets. They’re simply trying to get everyone to buckle up through effective enforcement and education,” says David Pabst, director of the Wisconsin Department of Transportation’s (WisDOT) Bureau of Transportation Safety.

In conjunction with stringent law enforcement efforts during Click It or Ticket, WisDOT is using federal funding to broadcast TV, radio and web messages featuring Donald Driver, the Green Bay Packers’ all-time leading receiver. In the TV spots, he surprises some unsuspecting Wisconsin drivers with questions about their seat belt use. Watch their astonished reactions at: zeroinwisconsin.gov. In addition, by completing a fun and informative online quiz at zeroinwisconsin.gov, you will have a chance to win a Donald Driver autographed football.

WisDOT also will display reminders to buckle up on its electronic message signs on major highways during Click It or Ticket.

“Besides avoiding a ticket, buckling up will protect you and everyone in your vehicle from being violently ejected during a crash. An unbelted occupant also can hit another a person in the vehicle with massive force causing death or serious injuries,” Pabst says. “Vehicles now have tremendous safety features. But they won’t be effective unless all the occupants in the front and rear seats are safely secured with seat belts.”