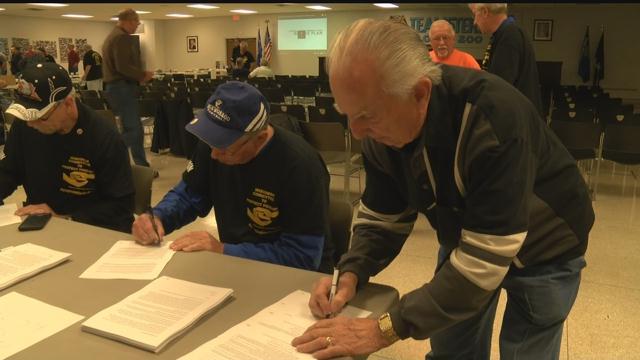 A group of Wisconsin retirees met to discuss deep cuts to their pensions after receiving a letter detailing exactly how much money they’ll lose. This is part of the Multiemployer Pension Reform Act of 2014 that underfunded pension plans

The Wisconsin Committee to Protect Pensions has traveled to Washington D.C., sent letters and called legislators to stop these cuts. However, they haven't been successful yet.

"We know there's a problem, but it's not our fault,” said Bob Amsden, committee member. “We didn't create this mess."

"Now when these letters came out, it's been a blur, non-stop phone calls, people are really worried," Amsden said. "This is real. It's not a rumor anymore. This is actually going to take effect on their lives July 1st."

Bernie Anderson, 62, said he joined the committee that formed in January.

"Our stress level has gone through the roof," Anderson said.  “I've been retired for a little over a year now and for the last six months instead of retirement things, I've been going to Washington and trying to get people involved in the pension fight."