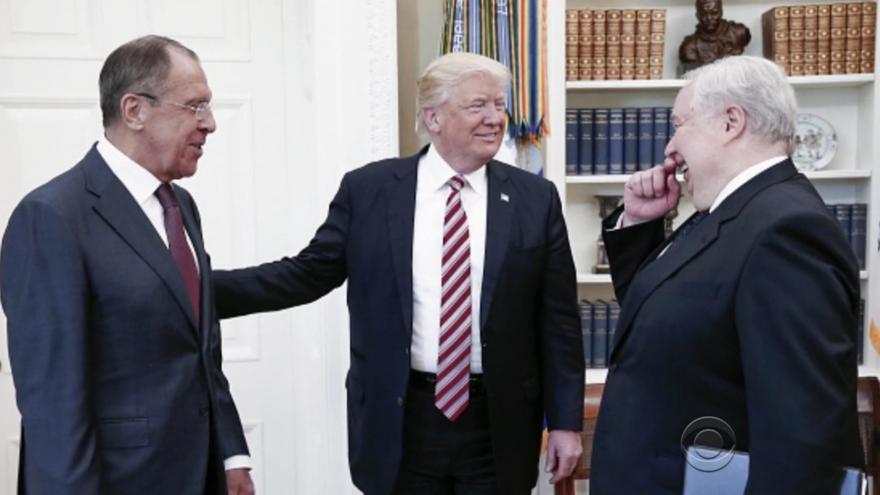 (AP) — House Speaker Paul Ryan and other Republicans from Wisconsin called Tuesday for President Donald Trump to report to Congress about what he said during a private meeting with senior Russian officials last week.

Trump defended his right to share \"facts pertaining to terrorism\" and airline safety with Russia, saying in a pair of tweets Tuesday he has \"an absolute right\" as president to do so. Trump's tweets did not say whether he revealed classified information about the Islamic State group, as has been reported.

At least three Republican members of Wisconsin's congressional delegation said the president needs to fully explain what was said in the meeting.

\"While POTUS possesses the authority to disclose classified, even top secret, information, there's a separate question of whether he should,\" Gallagher wrote in one of a series of tweets Tuesday morning.

Gallagher said as an intelligence officer by training, \"I know firsthand the life and death implications of safeguarding classified information. Our allies and partners must have the utmost confidence that sensitive information they share with us will not be disclosed.\"

Gallagher also said, \"Regardless of what was shared in the meeting, it's dangerous to believe that Russia can be a reliable counterterrorism partner.\"

Republican Rep. Jim Sensenbrenner, like Gallagher, wants Trump to brief the intelligence committees \"on what was shared and why,\" said his spokeswoman Nicole Tieman.

Doug Andres, a spokesman for Ryan, said on Monday night that \"We have no way to know what was said, but protecting our nation's secrets is paramount. The speaker hopes for a full explanation of the facts from the administration.\"

\"So it stands to reason that individuals who are 'extremely careless' with classified information should be denied further access to that type of information,\" Ryan said then.

Democratic Rep. Mark Pocan, of Black Earth, retweeted Ryan's comment from last year along with a news story about Trump's meeting with the Russians and said, \"Well this is awkward.\"

Johnson, the chairman of the Senate Homeland Security Committee, said in July that his committee was going to look into the FBI's decision not to recommend criminal charges against Clinton. Johnson did not immediately reply to messages seeking comment Tuesday.

Rep. Gwen Moore, a Milwaukee Democrat, tweeted that no one should be surprised that Trump puts Russia ahead of the United States.