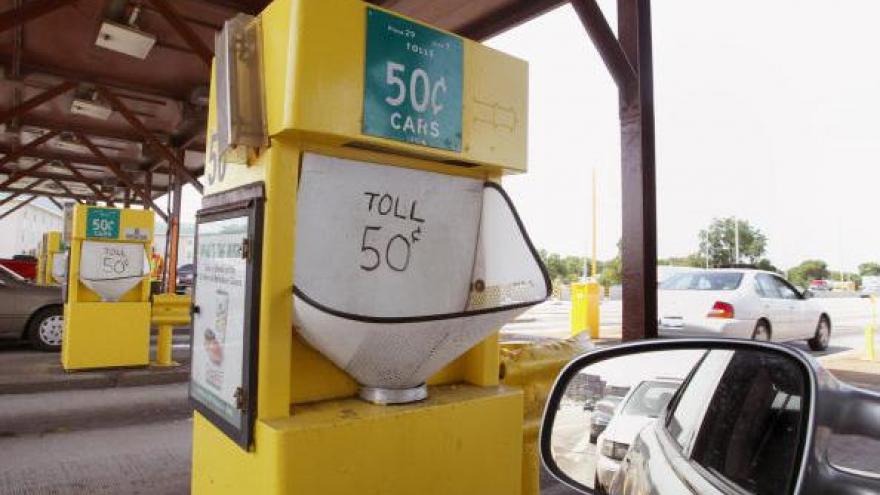 President Donald Trump last month called on Congress to approve a $1.5 trillion federal infrastructure plan that likely would require states to put up some money to receive the federal funds. Trump's plan would rely on state and local governments working with private investors to come up with much of the cash.

Gov. Scott Walker last week said he would be open to a gas tax increase to access the federal infrastructure money, if the increase were offset by cuts elsewhere. But Fitzgerald said Wednesday there was not enough support in the Senate to pass a gas tax increase or vehicle registration fee increases.

Wisconsin would need federal approval to implement tolling. But Walker last year vetoed $2.5 million for a study into the possibility of tolling in the state. Walker said at the time of the veto that the state could move ahead with tolling without the study.

Fitzgerald said he did not know what Walker thinks of tolling now.

Assembly Speaker Robin Vos, who appeared with Fitzgerald at the Wisconsin Counties Association event, has been a longtime backer of tolling as part of a way to raise money for roads in Wisconsin. Vos said Wednesday that he couldn't be more supportive of the idea and he was confident Walker could get behind it if he has any concerns.

"We can all vote for tolling, it's a good idea, it's the future," Vos said.

Walker was slated to speak at the same event later Wednesday.

Fitzgerald said he expects "chaos" as the Legislature rushes to complete its business over the next several weeks and he would not guarantee that several Walker's top priorities would pass during the final push.

Numerous measures remain in the mix, including Walker's proposals to increase work requirements for food stamp recipients and guarantee that people with pre-existing conditions can buy health insurance. The Assembly is also moving forward with a bill opposed by environmental and conservation groups that would allow developers to fill state wetlands without permits and scale back mitigation requirements.

There's little time for the Legislature to act. The Assembly plans to meet five days in February while the Senate will be in session on Feb. 20 and possibly only one day beyond that.

Vos said Republicans were on the "cusp of a potential agreement" on a juvenile justice overhaul along the lines of what Walker proposed. It would result in juvenile inmates being removed from the troubled Lincoln Hills-Copper Lake prison complex in Irma, north of Wausau. Fitzgerald said the major issue in reaching a deal is determining who would run new juvenile prisons Walker envisioned, the state or counties.

Vos said he hoped to announce a deal early next week under which the most serious juvenile offenders would be in one or two prisons and the others would be housed elsewhere in conjunction with the counties.

Neither Vos nor Fitzgerald would say whether Walker's proposal to give tax breaks to Kimberly-Clark in an effort to save 600 jobs slated for elimination would pass. Fitzgerald said he thought Walker was open to compromising on his proposed $100-per child tax rebate. Vos it was too early to tell whether it would pass.

Vos and Fitzgerald agreed that a measure that's a priority of counties and local governments will not pass this year. That's a proposal to remove the so-called "dark stores" loophole to force mega-retailers like Menards to pay more in local property taxes. Fitzgerald said the issue was complicated and needs more study before the Legislature acts.