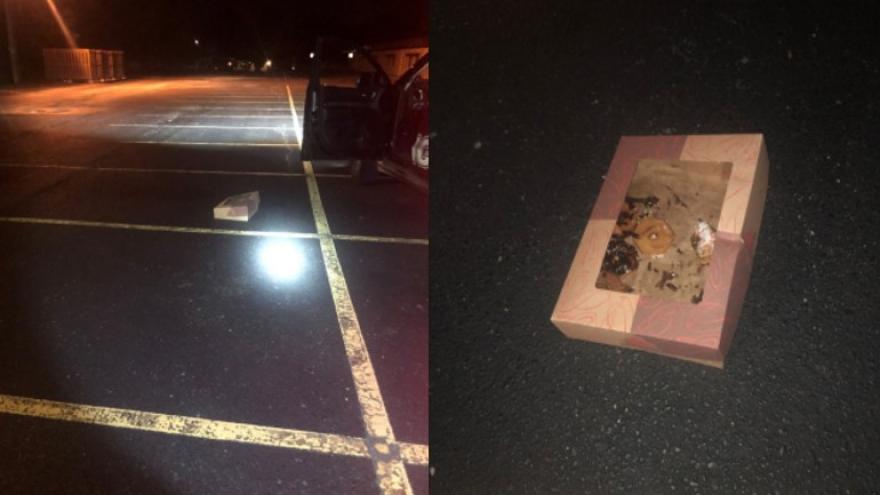 SPARTA, Wis. (CBS 58) -- A half-eaten box of donuts was the subject of a "grisly scene" in Sparta, Wisconsin. Police said the incident was a potential trap to lure in tired and hungry night shift officers.

Shared on Facebook, the Sparta Police Department reported officers located a suspicious package in a school parking lot a few nights ago. Taking a closer look, a "grisly scene unfolded."

Photos of the "victims" were taken -- which may be disturbing to small children and members of the law enforcement community, police said.

Thankfully, the public is not in danger but police are asking if anyone has baked goods or tasty treats at home and feel this donut disturbance may pose a threat to those desserts, you're asked to drop them off at the Sparta Police Department where uniformed officers will "stand watch" until the culprit is found.