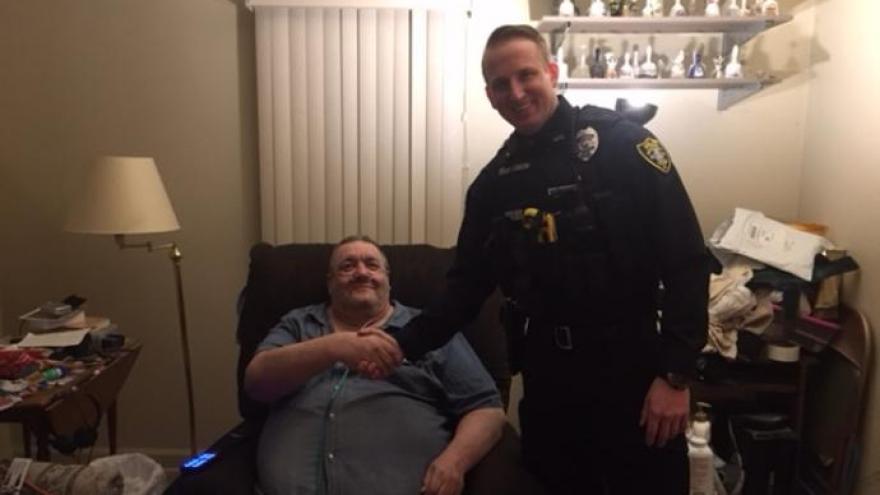 WAUSAU, Wis. (WSAW) --- A chance encounter by a Wausau Police officer led to the donation of a motorized recliner for a member of the community in need. A Navy veteran that served two tours in Vietnam was in need of a new chair.

Wausau Police Officer Jordan Gaiche was on patrol at 2:00 a.m. Monday, when he noticed someone in a t-shirt and shorts walking down the sidewalk in temperatures below zero.

"I looked down at my temperature gauge and it was negative 7, which kind of concerned me," said Officer Gaiche.

He stopped the man, who said he was going to help a neighbor who couldn't get out of a broken recliner. Officer Gaiche went to help, and learned that the man in the chair, Ron Barwick, was the veteran who had served in the Vietnam War.

Needing a new chair, Barwick's wife said it was something they couldn't afford.

"I was a little broken-hearted about it, I felt like somebody needed to help them out," said Officer Gaiche.

"I couldn't get along without it because I sleep in it. I live in here 24/7," said Barwick. All it took was a social media post.

"I posted something on Facebook, just to some family and friends at like 5 in the morning on Monday, and within an hour, 6:00 we had over a dozen people that had stood up and responded to the needs of a fellow man," said Officer Gaiche. And within 36 hours, enough money was raised to buy Barwick the chair he needed.

"It was really touching that the people reached out and donated. To me, that really was nice. I can't explain it better," said Barwick.

By Wednesday night, Barwick's new chair had been delivered.

"I think the real heroes are a man that served his country, a neighbor, I think that neighbor's a hero. And 21 people that gave money I think they're the heroes in this," said Officer Gaiche.

"He helped somebody out in need," said Barwick.

Donations came from across the country. Furniture and Appliance Mart in Wausau also donated the delivery of the new chair, and took care of removing the old one.