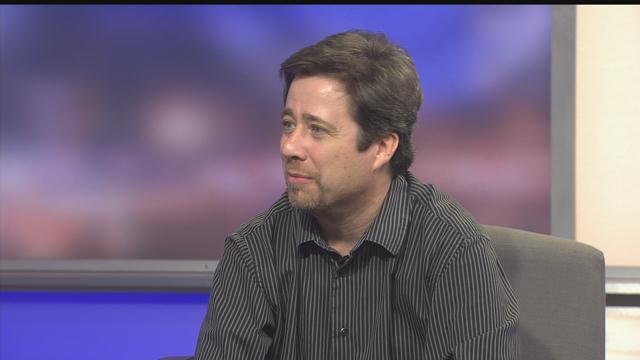 John Jackson Miller, a Wisconsin man with his hands in some of the most popular fictional genres of our time, joined us live on the CBS 58 News at Four. Miller has written Star Wars novels, and now is set to release a trilogy in the Star Trek universe.

"I've been a fan since I was a kid just like everybody else," Miller said.

The trilogy will span one-hundred years in the Star Trek universe, covering the time of Captain Kirk, through the Next Generation series with Captain Jean-Luc Picard. Miller says his trilogy starts near the events of the third Star Trek movie and progresses from there.

Miller calls this "a dream project." Prey: Book One: Hell's Heart comes out next month, with books two and three to be released in the months after.