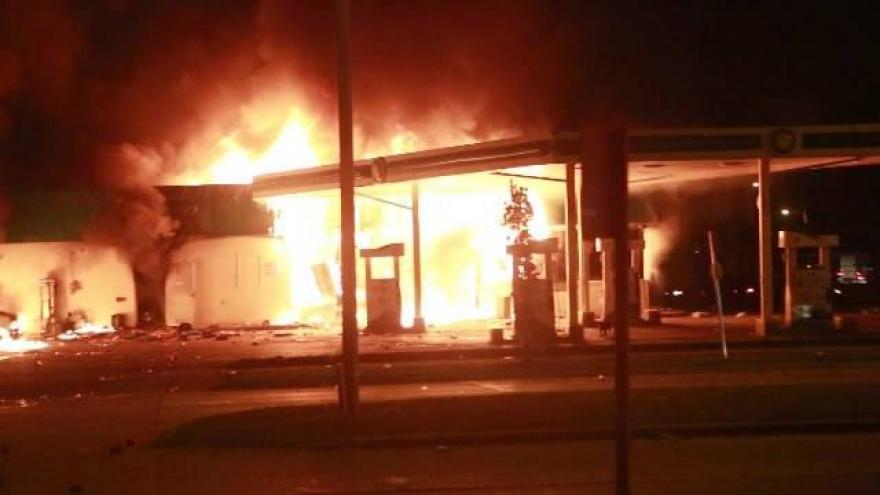 Lawmakers are set to hold the first hearings Thursday on three proposals that would require police to suppress unlawful assemblies that block streets, buildings or homes. Bill sponsors say Wisconsin is among only a handful of states that don't legally define "riot" or provide a penalty for participating in one, but opponents say the proposals would restrain protesters' rights to free speech and assembly.

The debate comes as demonstrators in the St. Louis area take to the streets to protest a judge's decision to acquit a white former police officer in the death of black man in 2011. Those protests have been largely nonviolent.

Rep. John Spiros and Sen. Van Wanggaard, both Republicans, began working on the measures after the 2016 Milwaukee protests, where some demonstrators burned businesses and attacked officers. The protests came in response to the fatal shooting of Syville Smith, who was also black. Investigators say Smith threw or dropped a gun after he was shot, but was shot again by an officer standing over him. The officer was cleared.

"Over the last several years we have seen an increase in the number of high-profile riots across the country that have terrorized our big cities, often leaving in their wake huge amounts of damage to businesses, personal property, and law enforcement property, not to mention the personal injuries that have been inflicted," Spiros wrote in a May memo to his colleagues seeking co-sponsors.

The Wisconsin bills would define a riot as a public disturbance during a gathering of at least three people involving violence or a threat of immediate violence. Participants in such gatherings, including anyone armed, could be charged with a felony. The legislation also would create a misdemeanor, punishable by up to nine months in jail, for anyone who blocks a thoroughfare during a riot.

Rothschild also questioned the legislation's definition of a riot, noting such a gathering would need only three people. He said he's concerned all the participants in a large protest could all be charged if one person engages in violence.

"That is what this bill is all about: suppressing speech, and suppressing assembly, as part of a police measure," he wrote.

Other opponents include the American Civil Liberties Union and the Wisconsin Justice Initiative, which works to educate the public about legal issues.