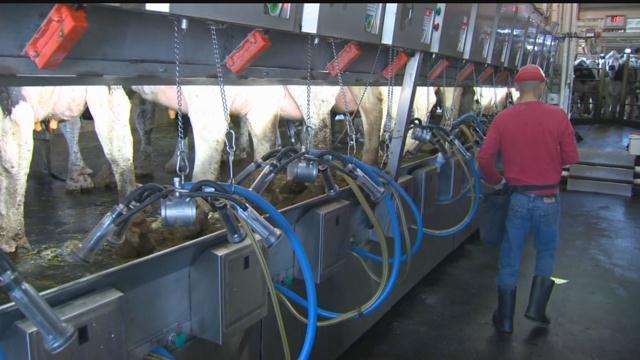 Immigrant labor makes up a huge part of the Wisconsin dairy workforce.

At Rosy Lane Holsteins outside of Watertown, immigrants are half of the 20 members workforce.

The owner says rather than focusing on deportation,  he'd like the candidates to look at guest worker programs.

\"The State of Wisconsin is set up to increase output in dairy,\" explained Lloyd Holterman.  \"We do lack the necessary people to do these jobs, to expand our businesses and operations, which leads to more tax revenue, more exports, and cheaper food at a more economical price for the consumers.\"

Candidate and Governor Scott Walker has said his immigration plan would not include amnesty or a pathway to citizenship for those here illegally.