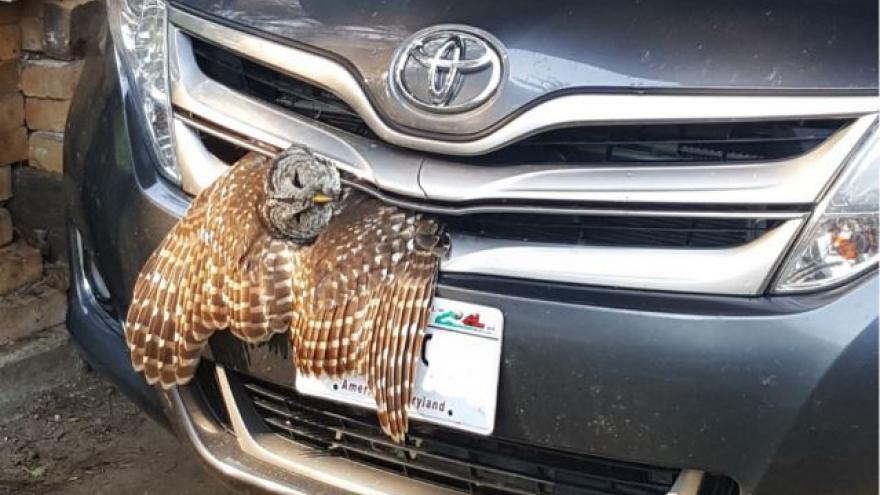 TREMPEALEAU COUNTY, Wis. (CBS 58) -- A Wisconsin DNR Warden got an unusual call Sunday morning. A driver believed they killed an owl while driving the night before. The bird he thought was dead got jammed into the grill of his car.

When the driver went to clean up what he thought was a dead bird the next morning he discovered that it wasn't dead, just in a "really uncomfortable position," according to the DNR.

"The owl was stuck! Just the wings and head were sticking out of the grill," Conservation Warden Meghan Jensen said. "The rest of its body was lodged in tight."

After freeing the owl, the Warden took it to the area where it was hit and released it back home.