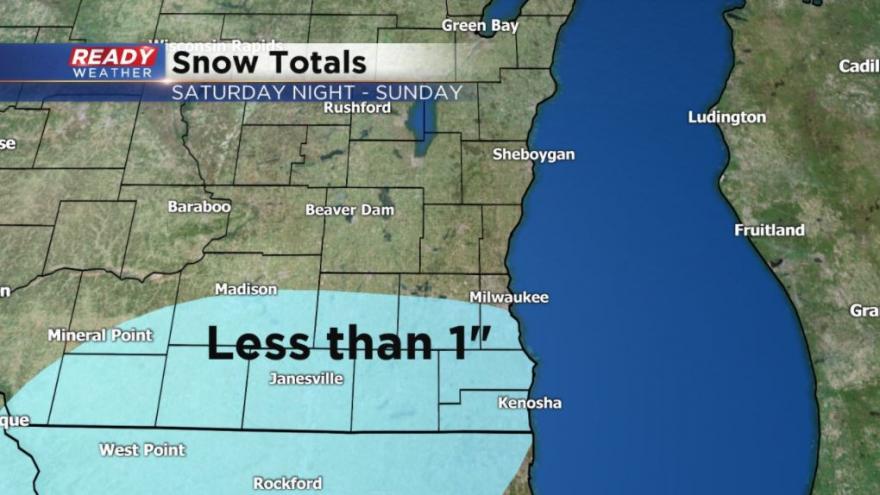 SOUTHEAST WISCONSIN (CBS 58) -- As of 1 p.m. the steady rain and mix has left southeast Wisconsin. Little to no accumulation was reported. A few areas of drizzle could remain through the rest of the afternoon but clouds should begin to clear from west to east. Most won't be totally clear until after sunset.

SOUTHEAST WISCONSIN (CBS 58) -- As expected Sunday morning's precipitation is all staying between I-94 and the WI/IL border. Most of this is falling as a light wintry mix with freezing drizzle, sleet, snow and rain all falling. With temperatures still hovering around freezing in some inland spots as of 8 a.m. some slick spots are possible especially on driveways, sidewalks, bridges and overpasses.

By late morning the wintry mix will turn in to all snow and eventually all rain. Some snow accumulation is still possible, especially close to the border where up to a half inch is possible.

Any lingering precipitation clears our area by sunset with a clear sky and sub-freezing temperatures expected overnight.

SOUTHEAST WISCONSIN (CBS 58) -- Some light rain and drizzle is falling in a scattered fashion across southeast Wisconsin. A pocket inland area from West Bend to Watertown and Waukesha has temperatures right at freezing so some freezing drizzle with slick spots is possible. 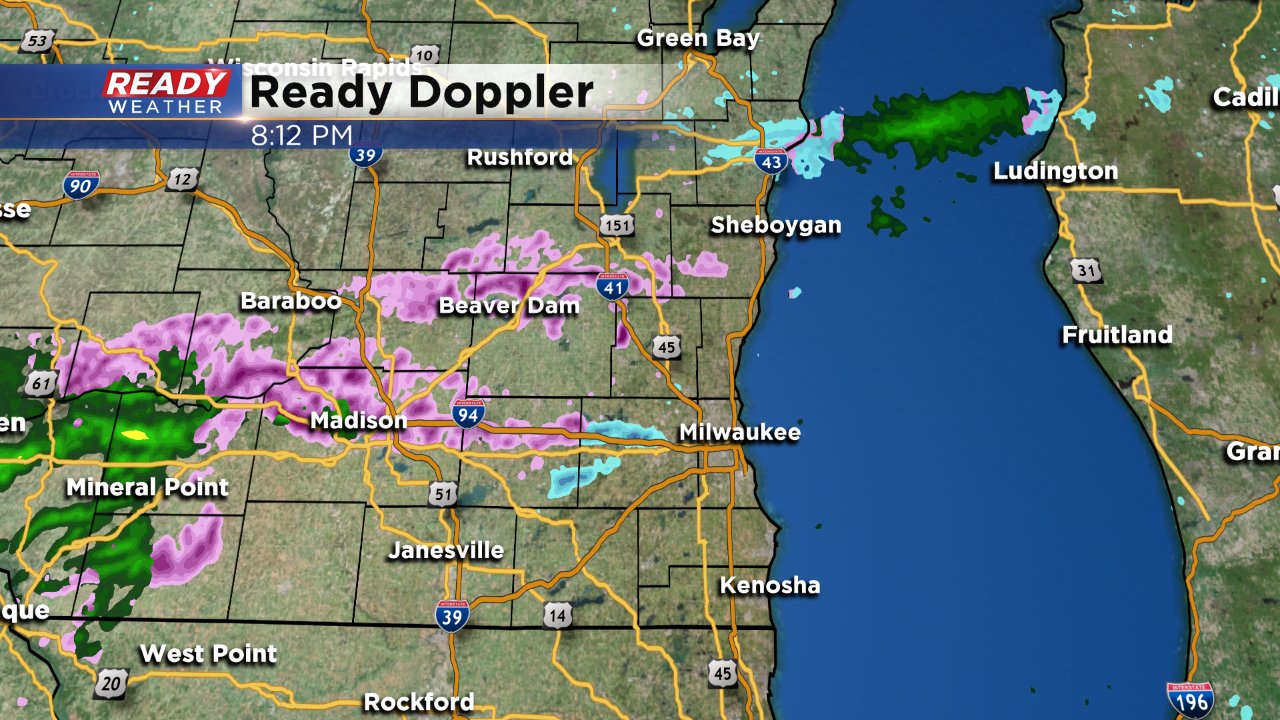 A changeover to snow is still expected in southern areas overnight. The snow is trending a little south so areas along I-94 like Waukesha and Milwaukee will only see a few flakes but parts of Walworth, Racine and Kenosha Counties could still pick up a few tenths of snow. Snow totals will mainly stay below a half inch.

SOUTHEAST WISCONSIN (CBS 58) -- Most lakeside locations saw their first mesureable snow of the season on Friday with lake effect snow. Milwaukee officially picked up 0.2". Another chance for some measureable snow along with a wintry mix arrives Saturday night into Sunday.

The chance for scattered wintry mix showers starts around 7 p.m. with very light rain and snow. In some locations temperatures will be hovering around or just below freezing so some freezing drizzle is possible. 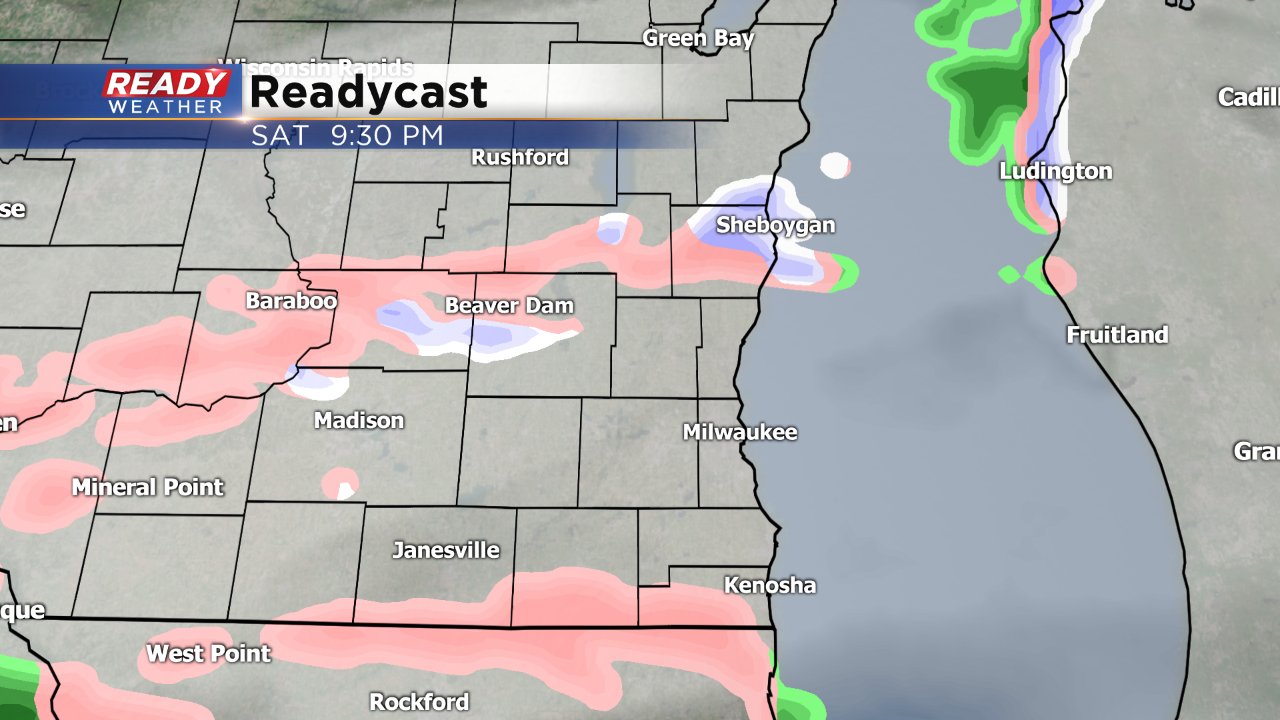 The threat for freezing drizzle won't last too long as temperatures warm at the surface and the dominant precipitation type becomes snow shortly after midnight. Still, a glaze of ice is possible especially inland and in southern communities. 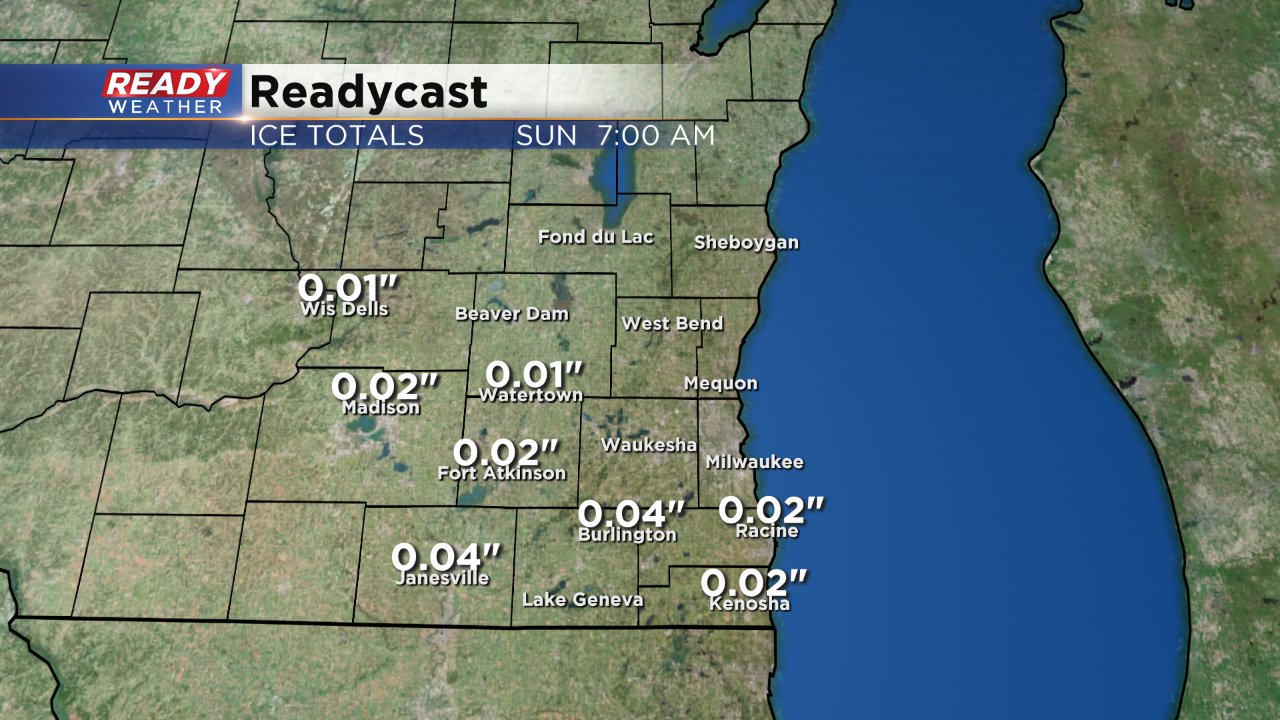 Southern counties have the best chance for accumulating snow Sunday morning. Most locations will see less than a half inch of snow but to be conservative we will put the totals of less than 1" from I-94 south to the WI/IL border. With some rain still falling along with the snow the snow is expected to be very heavy and treated roads should remain in good condition most of the day.

If you are going to the Packers game in Chicago against the Bears expect weather conditions to be similar in the Windy City. A light rain/snow mix is possible for the drive in and start of the game before changing to all light rain. 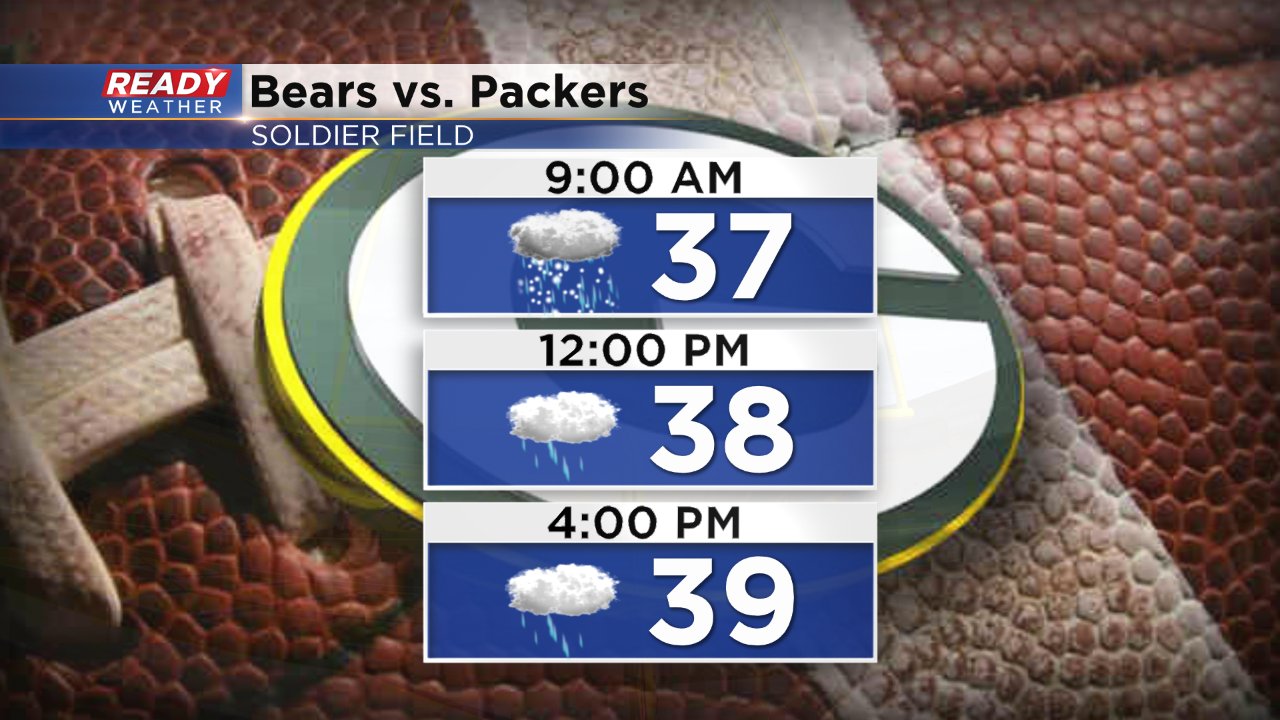