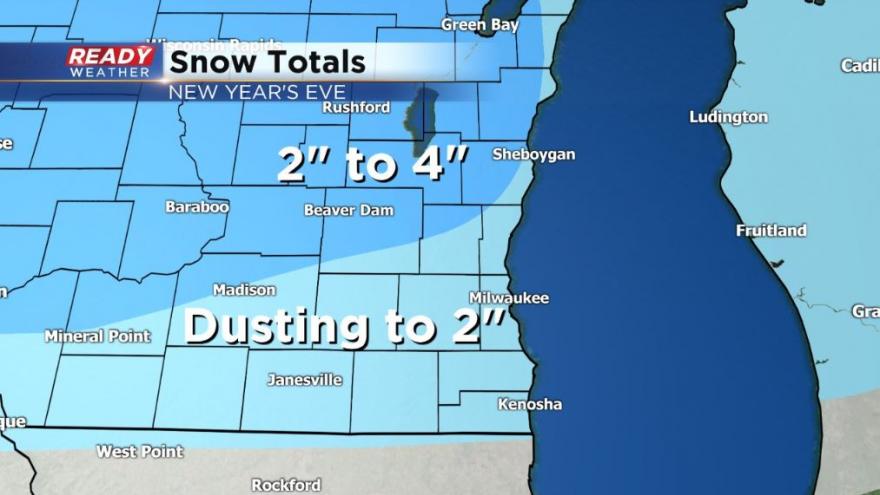 After looking over some of the latest data from weather models it looks like some of our northern counties, especially Fond du Lac County could see up to 4" of snowfall so we've made that minor adjustment. The rest of the going forecast looks pretty good, including timing.

If you will be out driving around midnight expect some slushy snow accumulating on roadways. Light snow should wrap up for most around midnight and for everyone by 3 AM. 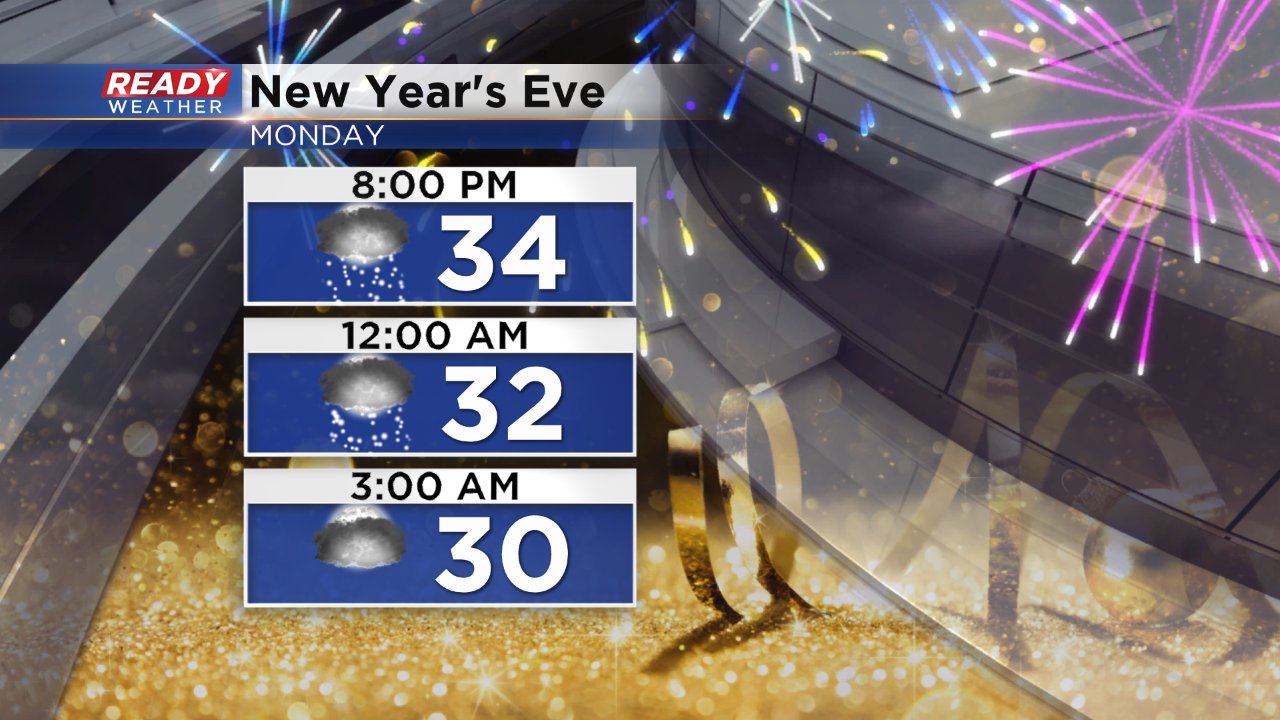 2018 will end with a messy storm system in southeast Wisconsin. A winter weather advisory has been issued for all of southeast Wisconsin. The advisory has different start and end times for many of our counties, due to the timing of different impacts. Freezing rain will be the biggest concern for most of our counties in the morning so you'll find the advisory from 6 a.m. to 10 a.m. in those spots. Northern counties will see a little more snow in the afternoon, evening and overnight so the advisory there goes until midnight for Dodge and Sheboygan Counties and 3 a.m. Tuesday morning for Fond du Lac County. Hopefully the map below makes the timing differences clearer. 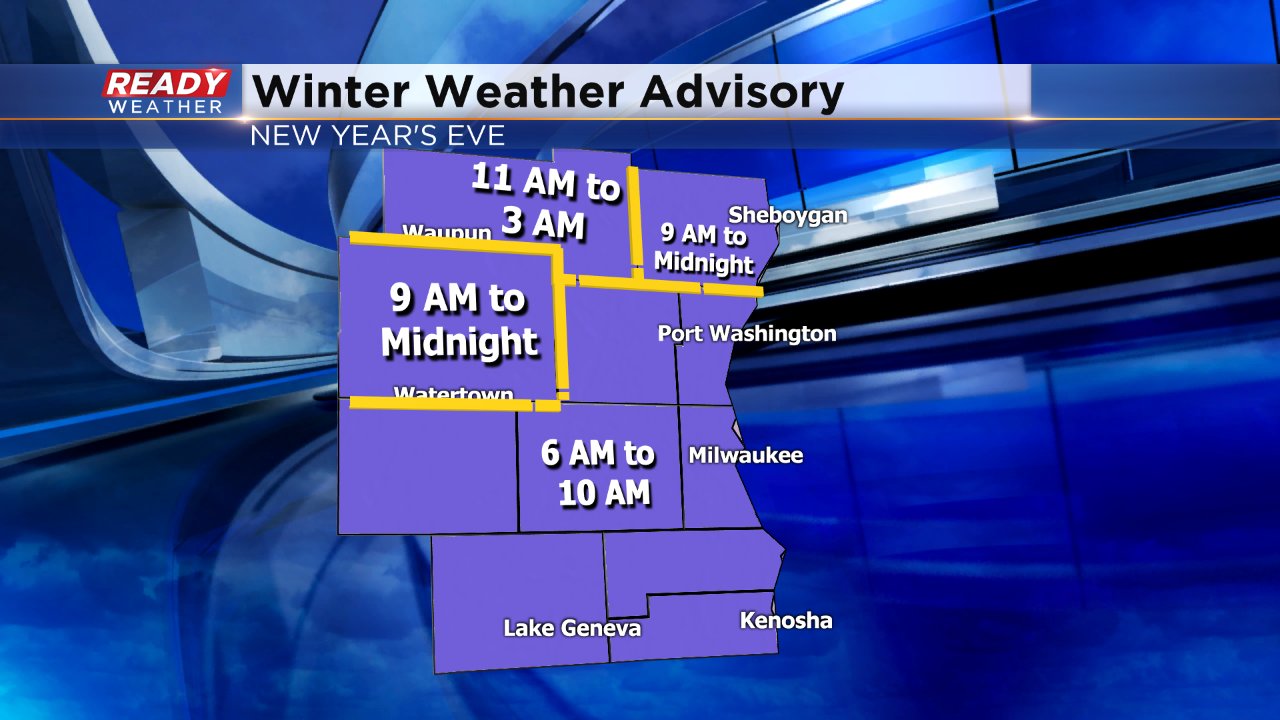 The morning's freezing rain will be the biggest concern for most, especially anyone driving to work at the normal commute time. Temperatures should warm fairly quickly making the freezing rain threat only last a few hours from 7 a.m. to 10 a.m. for most. 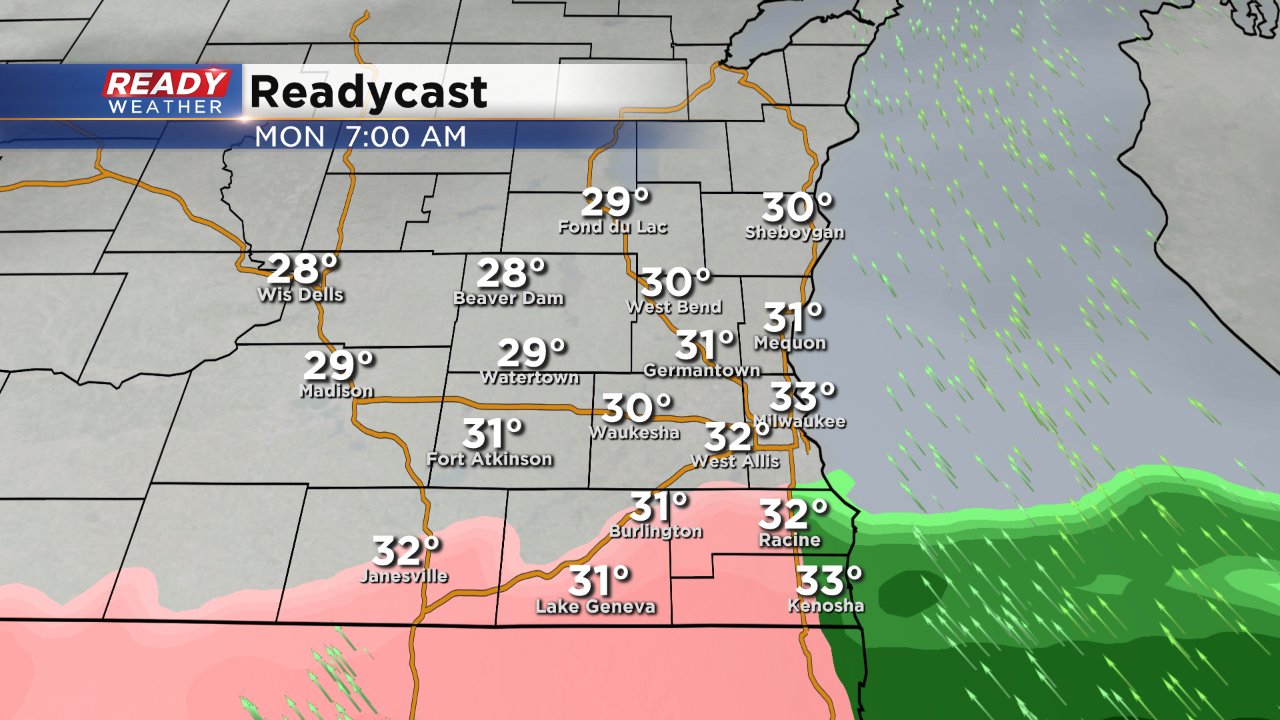 Only a glaze of ice is expected, but that's enough to make untreated roads very slick and icy so use caution as you head out. 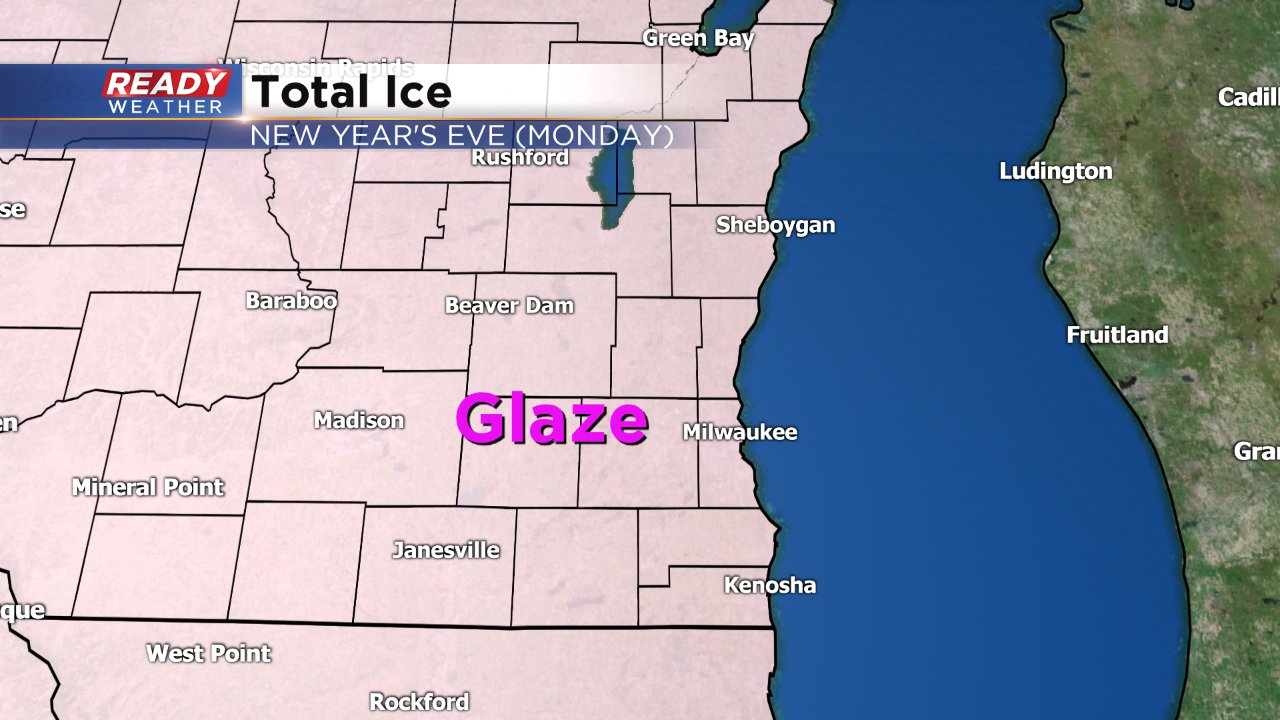 The bulk of the day will see rain starting by late morning and lasting until dinnertime. 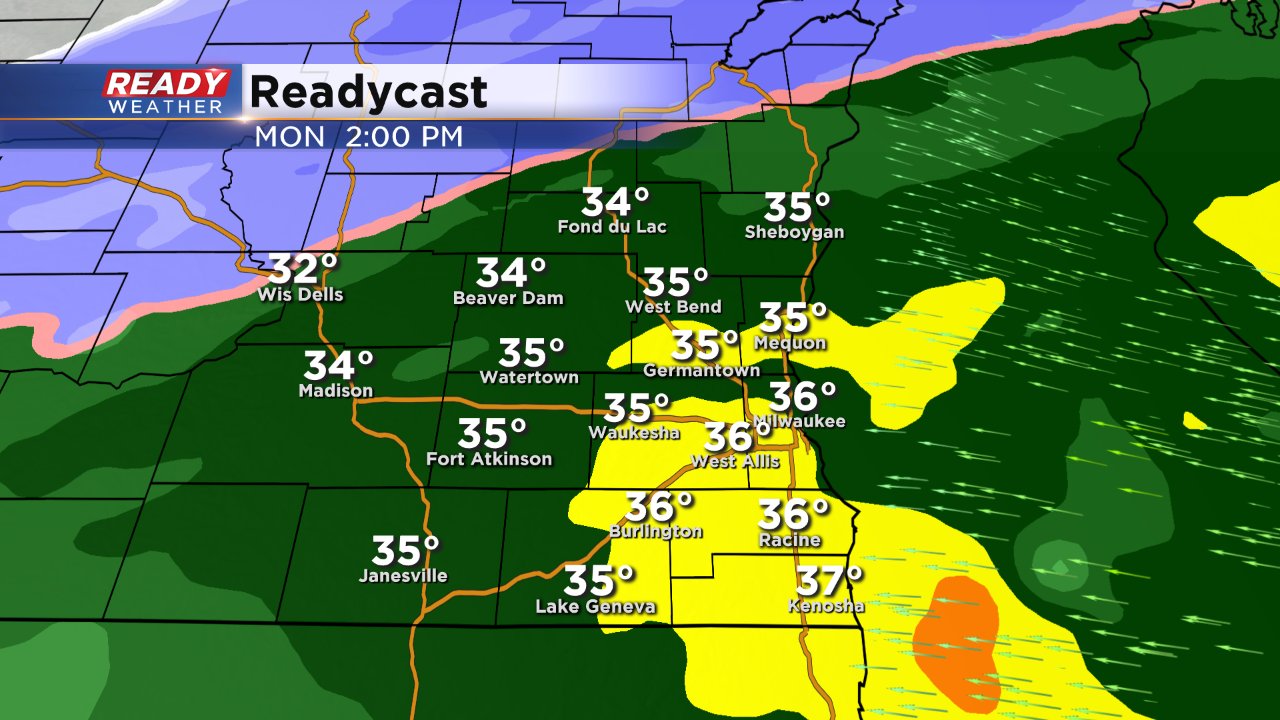 Some moderate to even heavy periods of rain are possible. With most of southeast Wisconsin picking up between 0.25" and 0.75" of rain. Milwaukee currently sits as the third wettest year on record, but would need over an inch and a half to move into the second wettest spot. 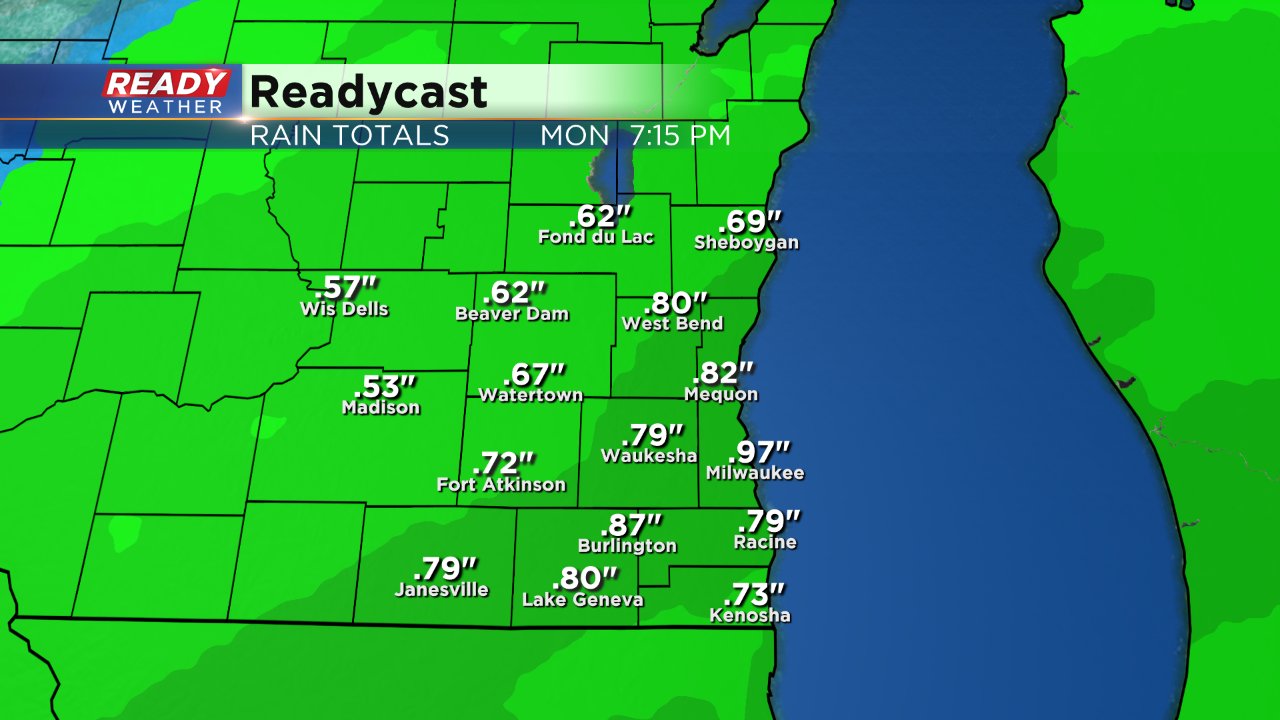 New Year's Eve ends with snow just in time for when most people are heading out for their parties. Expect the rain to switch to snow in western spots around 4 p.m. with everyone seeing snow by 6 p.m. 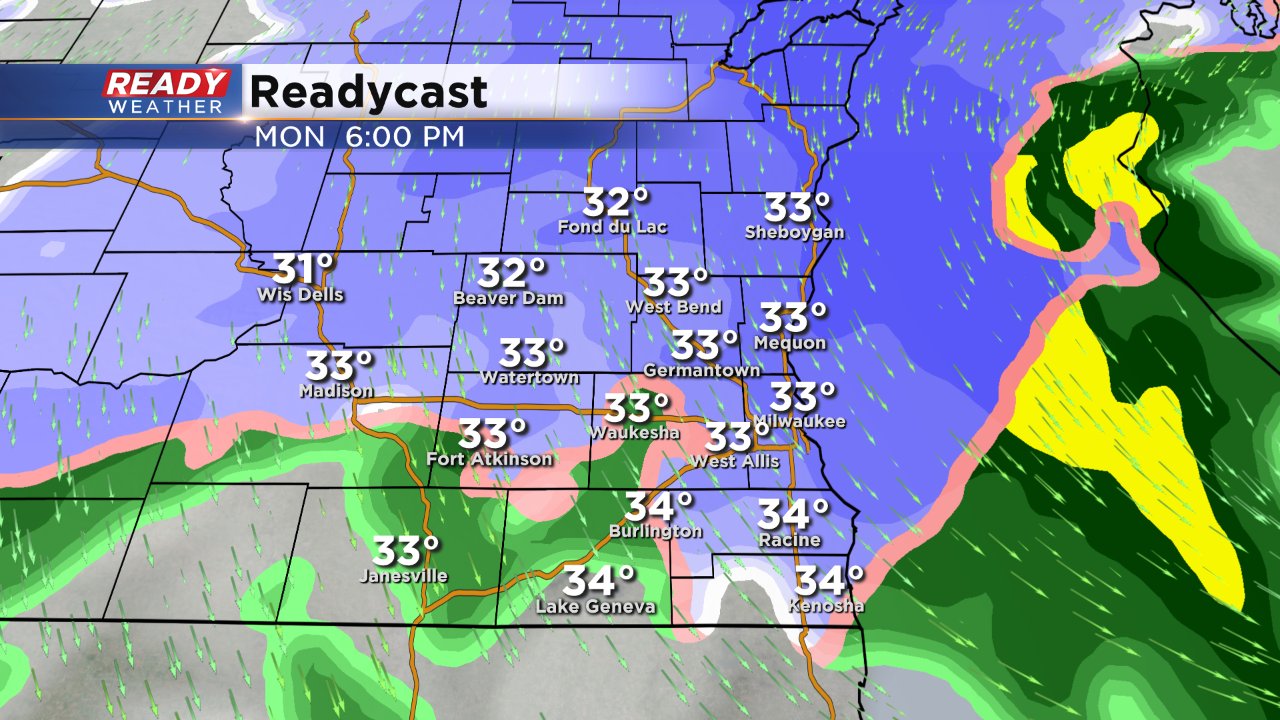 Here's a graphic showing the timeline of the storm from beginning to end. It's not a major storm, but the addition of a wintry mix and freezing rain will definitely make travel tricky. 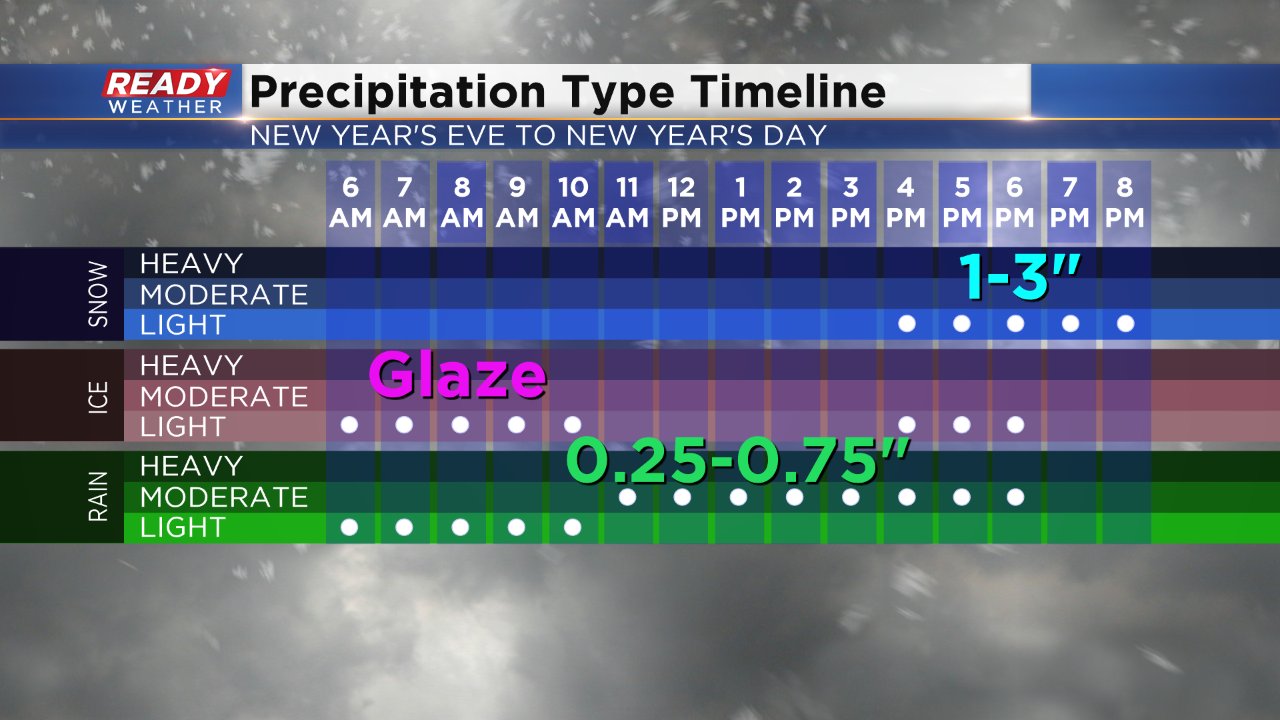 Download the CBS 58 Ready Weather app to see what precipitation is falling where and to stay up to date with changes to the forecast.