Sunday's light snow is starting to wrap up. A few lingering showers could last through 10 p.m. Hopefully you survived this light round of snow because we have two more bigger storms in our future and they are coming in fast.

A winter storm watch has been issued for Monday evening lasting all day Tuesday. This watch will likely get upgraded to a winter storm warning for all or part of southeast Wisconsin sometime Monday morning. 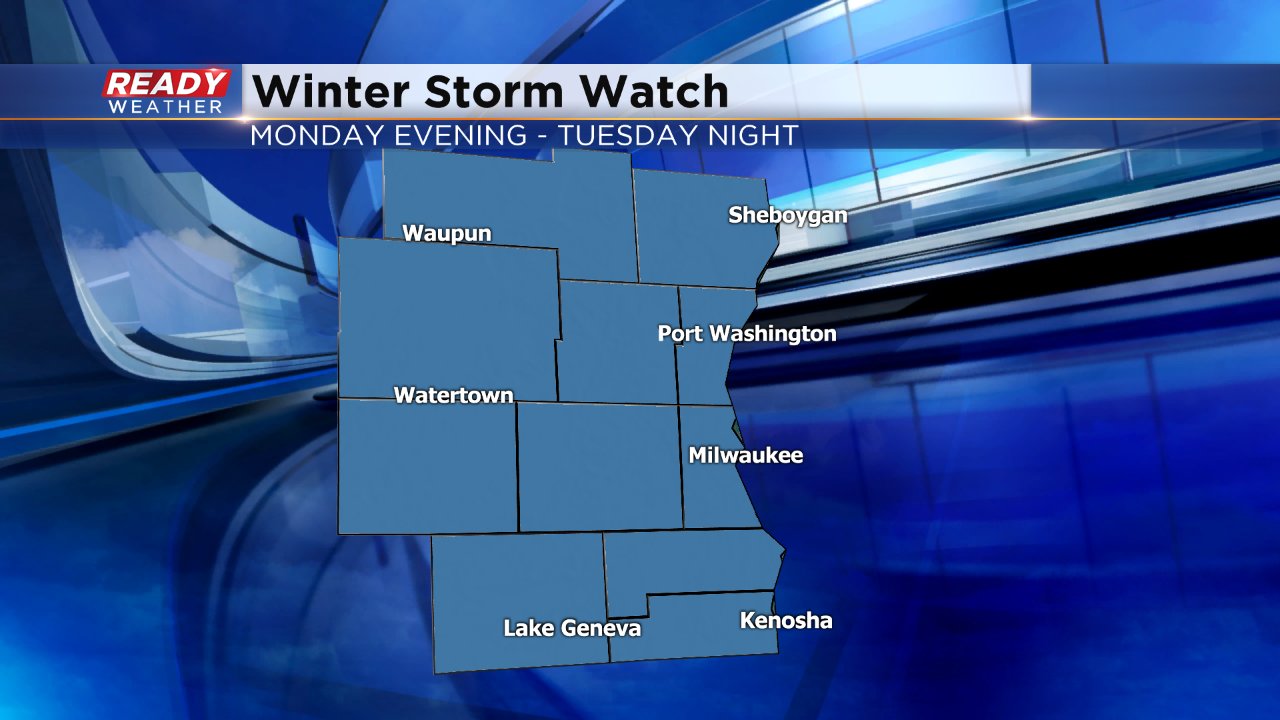 Both the Monday morning and evening commutes will be dry. Snow will start to move into southeast Wisconsin around 8 p.m. with everyone seeing snow by midnight. The path of this storm is a little different than we are used to with snow moving in from south to north instead of west to east. 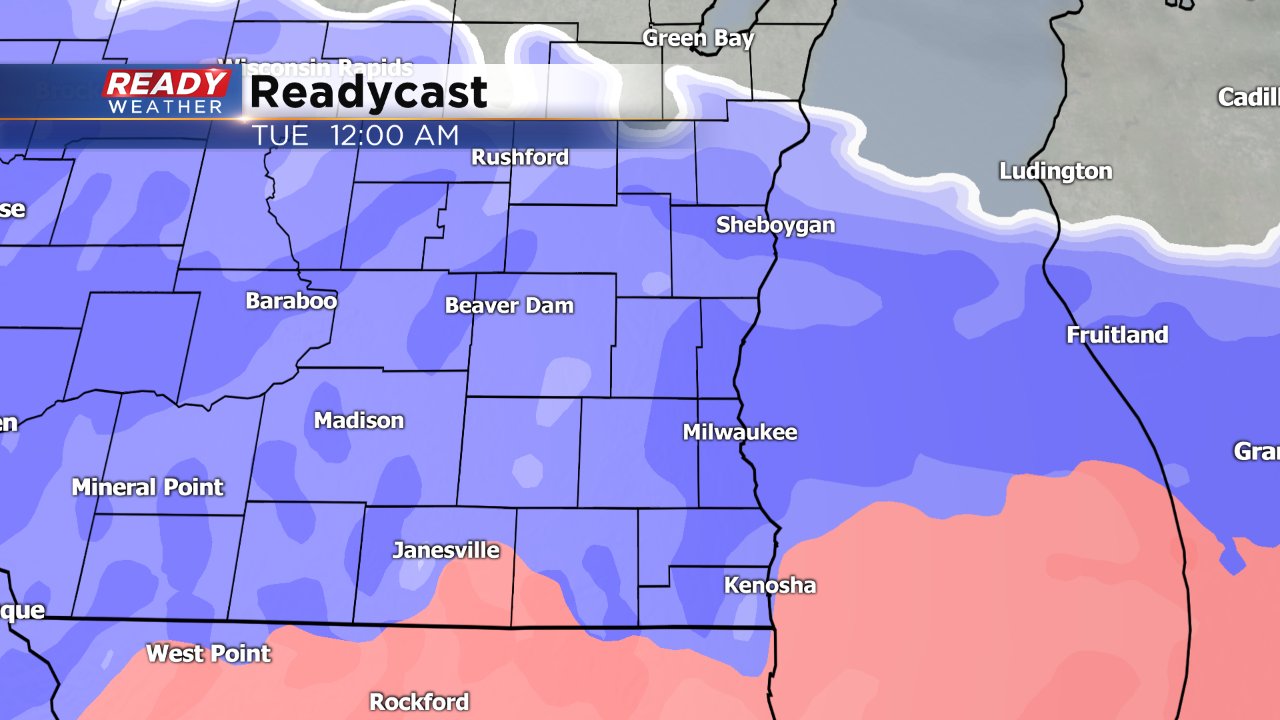 The snow is expected to be fairly heavy, but not cement type snow. Most of southeast Wisconsin will be in the 4-9" range. 4-6" of snow will fall in our southern communities where the snow consistency may be a bit heavier and some sleet or rain could mix in. 6-9" for snow is expected for Milwaukee and areas north of I-94. Even higher totals are possible in central and northern Wisconsin where up to a foot is expected. 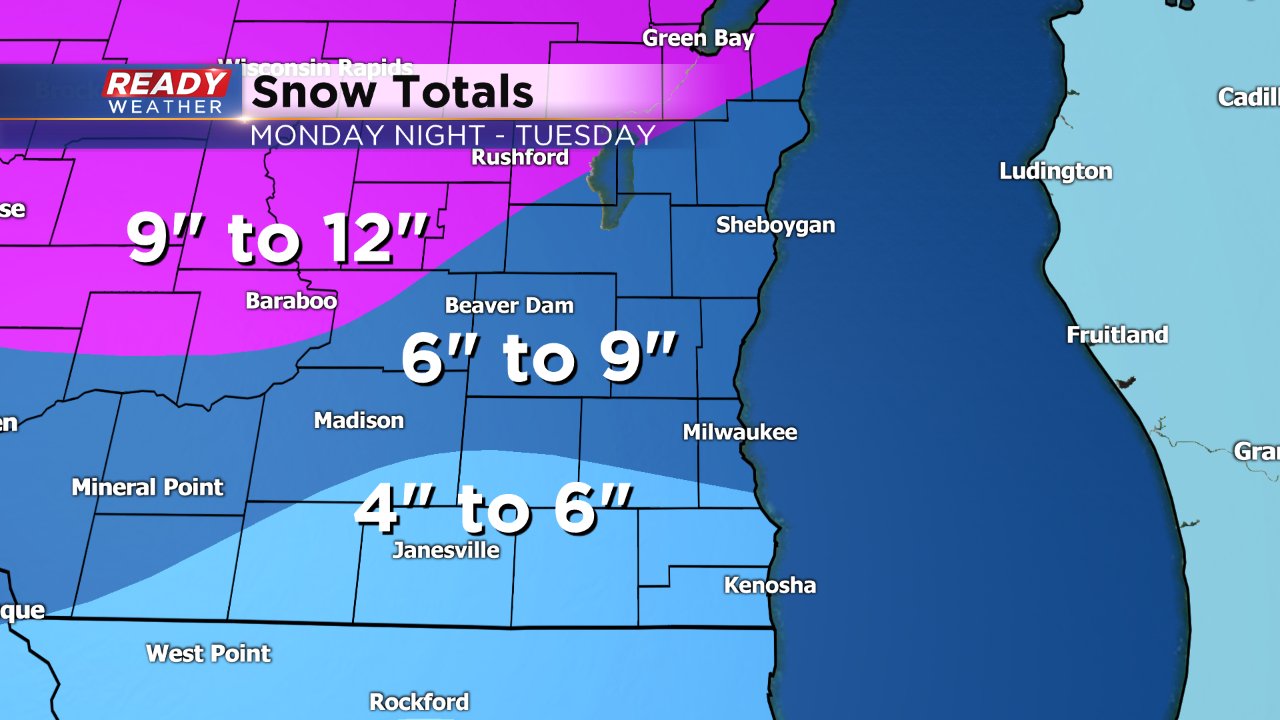 The biggest threats for this storm will be heavy snow and blowing snow and the impact on the roads. Both commutes on Tuesday will be rough. 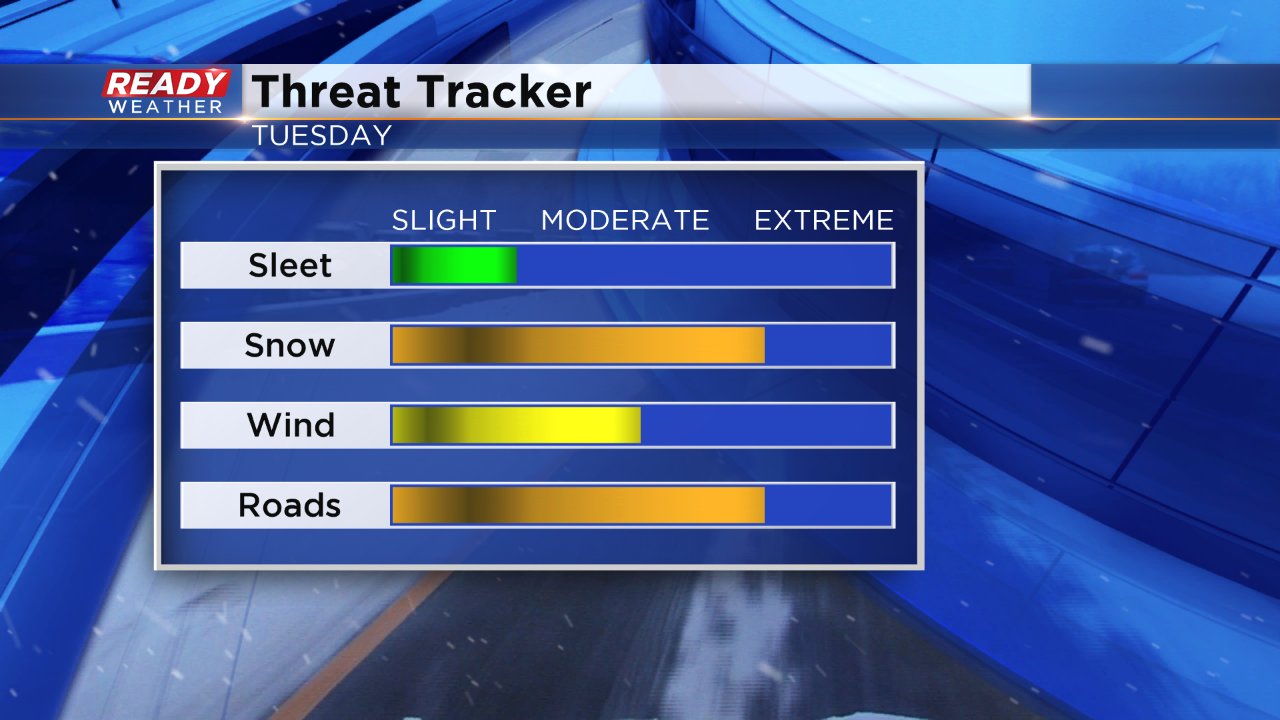 This isn't the only big storm we are expecting this week. A very similar track is setting up for Valentine's Day into Friday. If the track wobbles a bit we may see more of a mix or just rain, but if it's snow expect more significant accumulation. 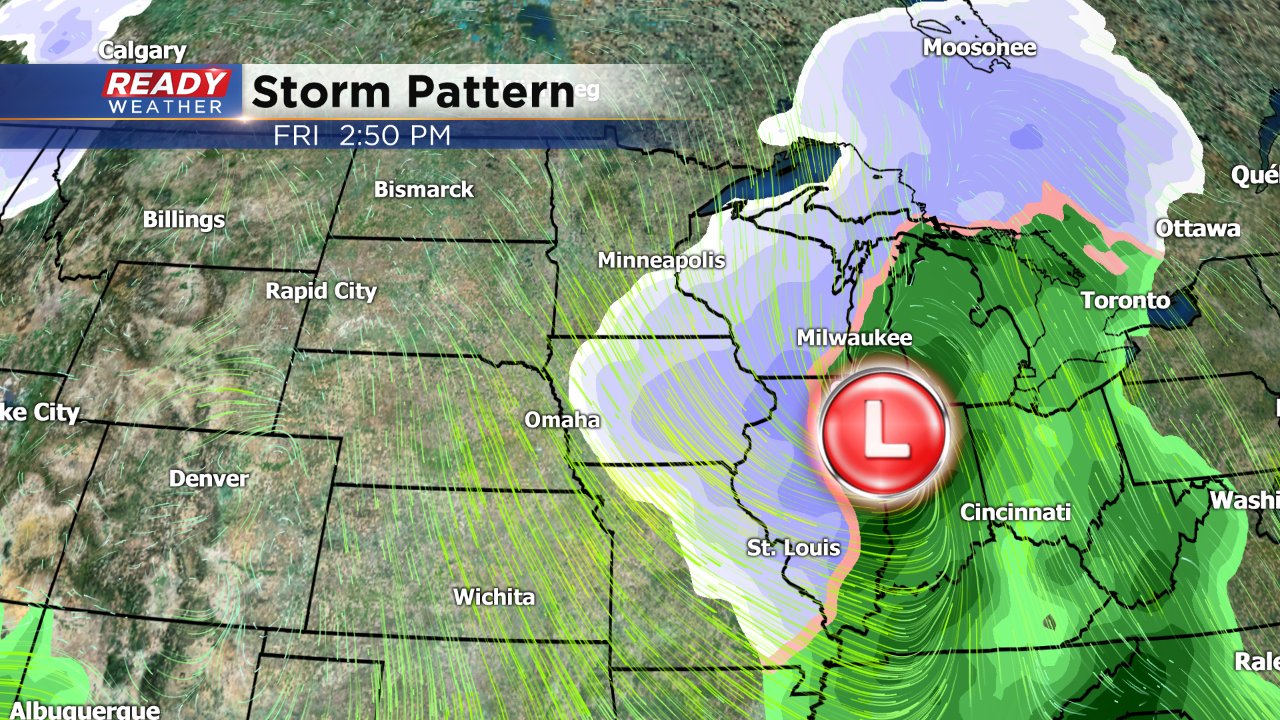 Download the CBS 58 Ready Weather App to stay on top of changes in the forecast and track the snow as it rolls in on the interactive radar.