Winter Not Done Yet 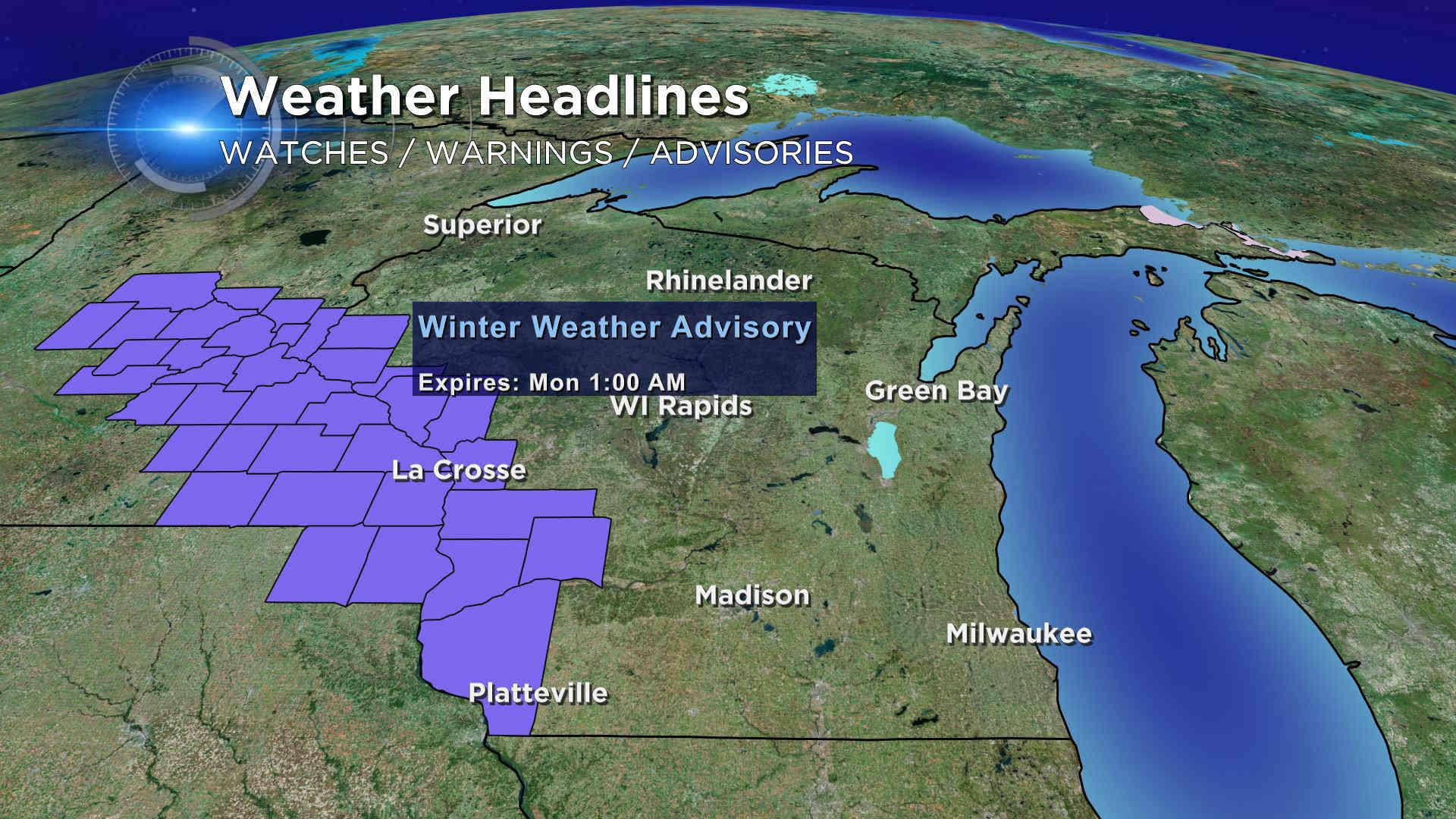 We have enjoyed a very warm first three weeks in March. Over the past 21 days temperatures on average have been 2° above normal. Our warmest temperature was 71° on 16th just a few days ago. One thing we haven't had much of this March is snow. The only day with snow this month was March 2nd when 3.4\" of snow fell. Average monthly snowfall by the 21st is typically 5.6\" so we are about 2.2\" below average at this point.

But, all good things must come to an end.

Snow is back in the forecast with some measurable snow possible. A clipper system from Canada will drop through Minnesota on Sunday and then skirt through southern Wisconsin. A winter weather advisory has been issued for areas in Minnesota and western Wisconsin. Portions of the Twin Cities could see up to 6\" of snow!

We aren't looking at anything like that, with the storm system mostly missing our northern side. Western communities like Madison & Janesville could see 1-2\" of snow but most of Milwaukee and especially north will pick up less than 1/2\". Overall, the pattern over the next 10 days turns chilly with plenty of chances for precipitation. In fact, the only dry day in the 7 day forecast is Friday.