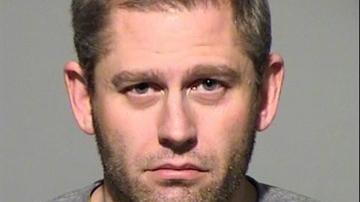 WEST ALLIS-- Few neighbors on the 2300-block of South 100 St. in West Allis knew what police say happened behind closed doors at Michael Gawlitta's home, but the sorted detailed were revealed Wednesday in a criminal complaint.

\"I always thought this was a really good neighborhood,\" said Ali Kisrchner, a neighbor, \"I'm really surprised, kinda shocked, I didn't know that was happening in my neighborhood.\"

Gawlitta is a widow, a single father of four.  His wife, Tammy Gawlitta died in a crash when her SUV veered off I-43 in December.  Deputies reveal in the criminal complaint, Gawlitta began talking with a teenage girl about a month after he lost his wife.  He now faces three charges of causing a child to watch or listen to sexual acts.

Deputies said in the criminal complaint, investigators found several inappropriate videos on the 14-year old girl's phone.  They say some videos showed 42-year old Gawlitta touching himself while whispering the girl's name.  The girl is the same age as one of Gawlitta's children.  Neighbors say they're disturbed.

The complaint reveals Gawlitta met the girl through a messaging app.  The girl lives in Texas and began conversing with Gawlitta because his screen name indicated he liked baseball.  Gawlitta also admitted to deputies he sent similar videos to another girl.  Deputies believe the second victim lives in Mississippi.

Neighbors say despite these findings-- Gawlitta's alleged actions should not be a reflection of their community.

\"It's a good neighborhood still,\" said Kirschner, \"to be honest, we don't have any problems like that.\"