Why so much fog the last few days?

NOW: Why so much fog the last few days?

Why so much fog? It's a question many of us are asking this week with multiple days in a row of dense or at least patchy fog. A Dense Fog Advisory was issued once again Thursday morning until 10 am for our inland and western counties although as of 6:30 a.m. visibility was starting to decrease lakeside as well. This is our fourth day so far this January with a Dense Fog Advisory. According to the National Weather Service, September of 2009 saw the most days with a Dense Fog Advisory with nine. If our foggy stretch continues it could be one of the foggiest months in recent history. 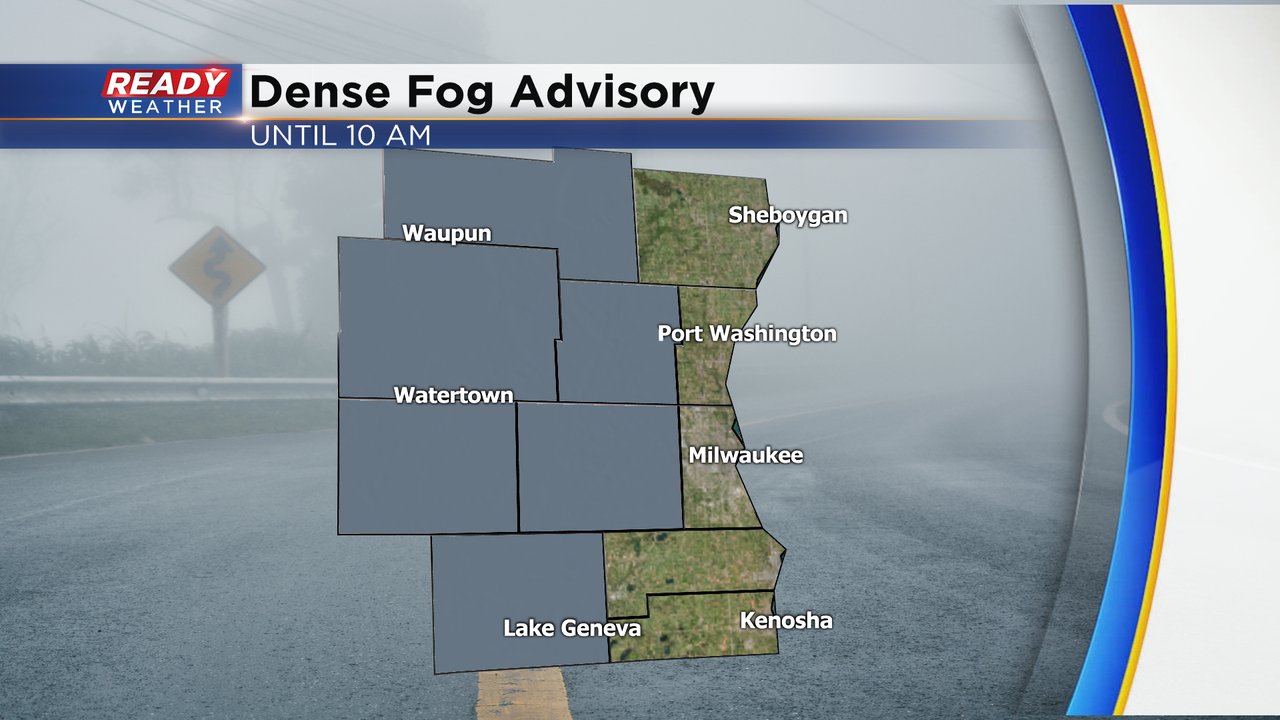 Visibility will likely get a little better by mid morning through the afternoon. Some patchy fog during the afternoon can't be ruled out and a few lake effect snow showers could also reduce visibility. Dense fog is not expected to be as big of a problem Thursday night. 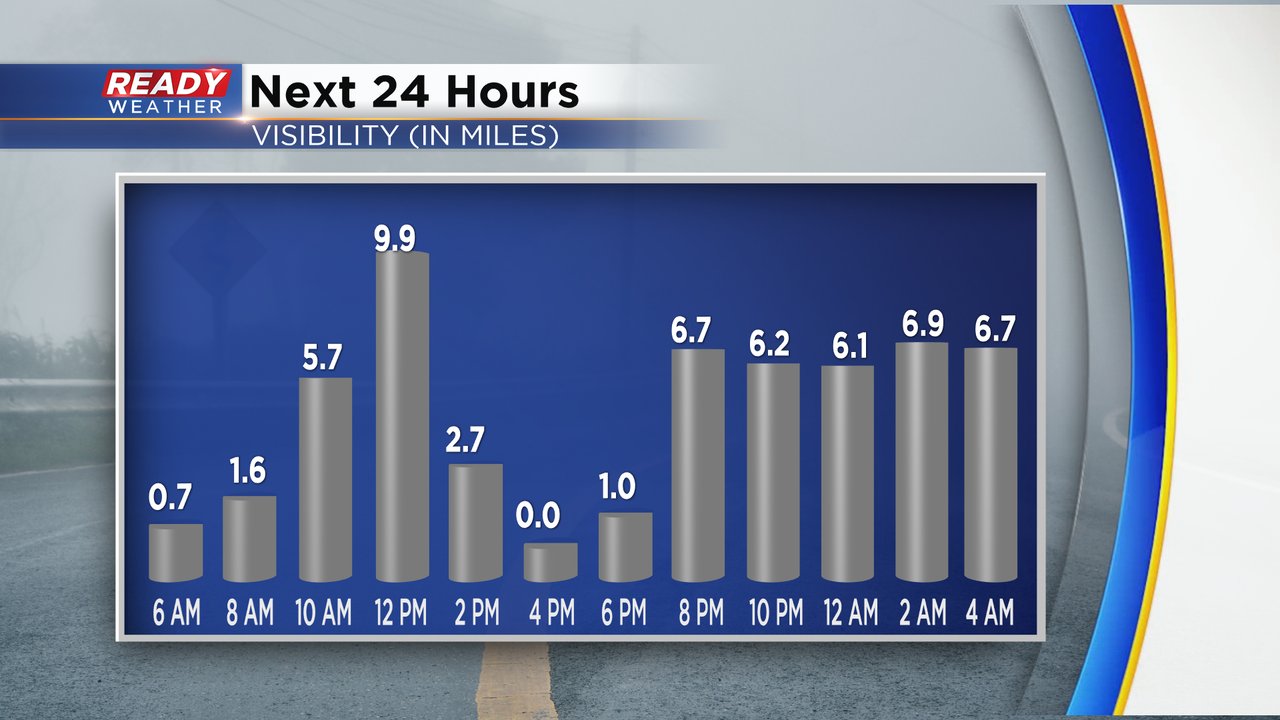 The reason for all the fog boils down to three main things: moisture, little wind and fresh snow. The dew point and moisture content of the atmosphere has remained high since the snow we saw on New Year's Day. Seeing fog at night is not uncommon but usually an increase in wind helps clear out that fog once daybreak hits but this week we haven't had much wind at all and certainly not enough to clear out the fog. For the first time this season we actually have a decent snowpack on the ground in southeast Wisconsin with at least 4" on the ground in many spots. With mild air in the 30s moving above the cold snowpack the difference in temperatures allows moisture to form causing the fog. Our best chance to get the fog to clear out will be a bigger storm system or good breezy day. None of those look likely in our future with our next chance for snow not arriving until next Thursday. 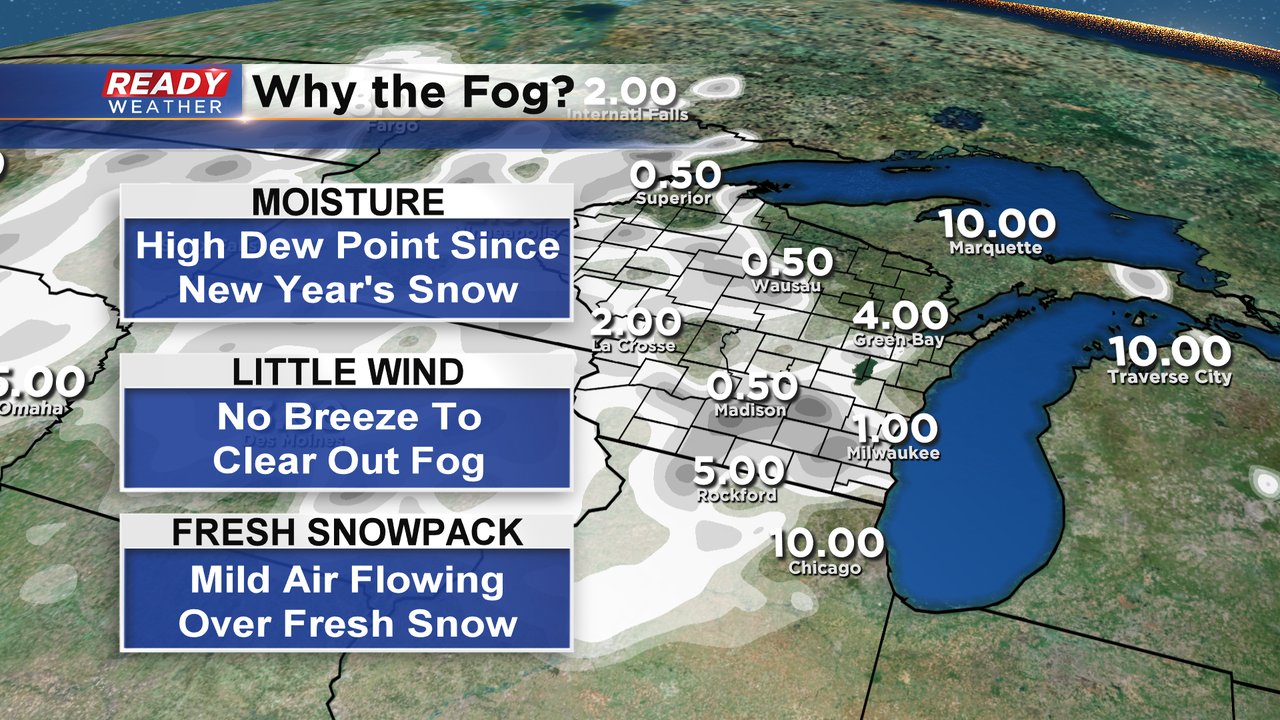 Download the CBS 58 Ready Weather app to see how long the fog will last where you live.