'When will our government step in to help?': Search for missing Waukesha, Illinois women continues in Panama 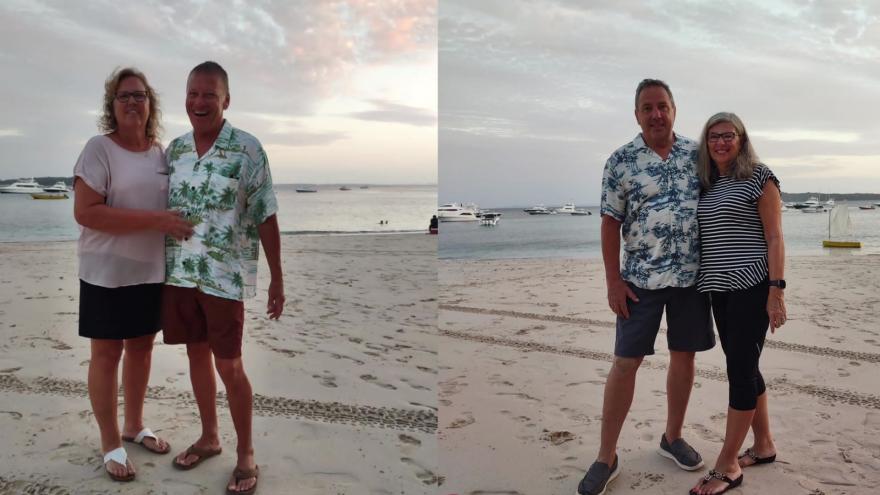 See Also Search efforts continue for missing Waukesha and Illinois women after plane crash off Panama coast
MILWAUKEE (CBS 58) -- The family of two missing retired public school teachers, who went missing off the coast of Panama following a plane crash, continue to express frustration over what they say is a lack of help from the U.S. government in search efforts.

Debra Velleman, 70, of Waukesha, and Sue Borries, 57, of Teutopolis, Illinois, have been missing since Jan. 3 when a small plane they were on was flying from an island off the coast of Panama back to the mainland but crashed in the ocean before arriving.

Search efforts led by the Panamanians have been unsuccessful and the family of Velleman are once again calling on the U.S. government to help, something the family says it has not done.

"The Panamanians...are now enlisting the help of local shrimper boats to drag nets," Jake Velleman, Debra's son, said in a video posted to Facebook. "Our family is in pain, we are grieving, and we cannot properly grieve until we recover our loved ones."

According to a family spokesperson, Governor Tony Evers, senators Tammy Baldwin of Wisconsin and Dick Durbin of Illinois, and Congressman Scott Fitzgerald have all opened inquiries with the Department of Defense and the State Department but have not received a response from either agency.

"Why have we not heard from our government? Why are they not coming to our aid?," Jake Velleman said in the video. "This is not a complex, deep sea operation. The plane will be found. The question is, when will our government step in to help?"

Debra's husband, Anthony, survived the crash. After two surgeries in Panama, he was transported back to Wisconsin. A family spokesperson said Anthony Velleman was released from UW Health in Madison and is with family near Waukesha where he is expected to go through months of rehabilitation to heal from injuries.