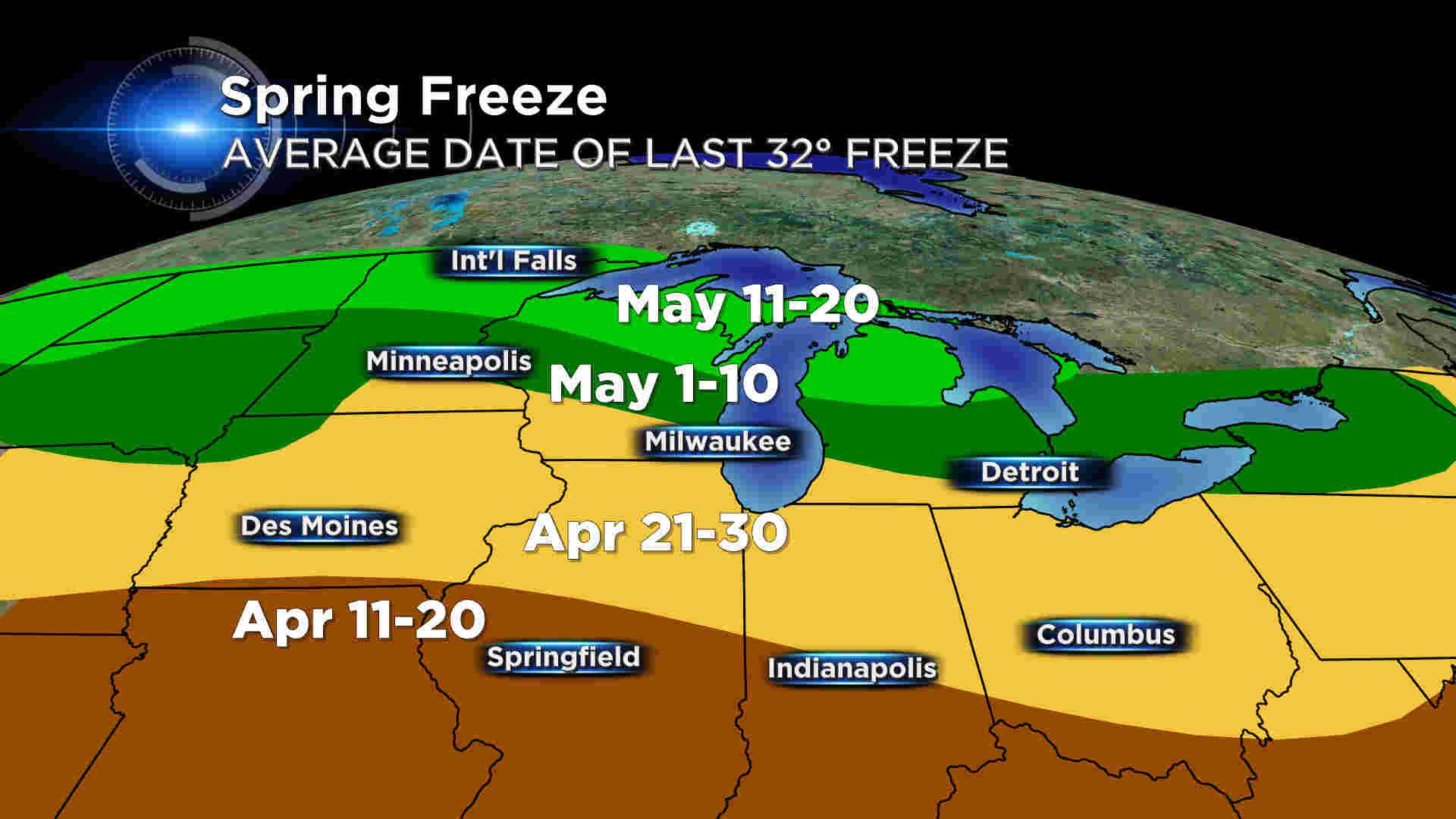 Now that we have seen so much rain, gardeners and farmers want to know when they can plant. The answer is soon! The average date for the last 32 degree freeze in Milwaukee is right around May 1st.

We had temperatures below freezing as recent as the end of last week. Since May 1st and the beginning of the month is in the CBS 58 10-day forecast we have an idea on how cold May will start. The coldest temperature currently forecast over the next 10 days is 37° forecast both Monday & Tuesday night, but some of our inland communities may be a little colder.

Considering the nice warm-up moving our way this week, if you are gutsy this week may be a great time to begin planting. Although we wish we could say we won't get below 32° anytime during May, it would unreasonable to do so. So if you choose to plant in the next month, do so at your own risk but knowing the next 7-10 days won't be a problem.