What To Do with All That Snow 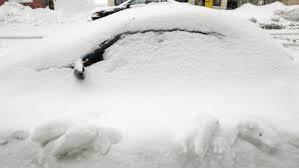 The snow keeps on falling in Boston.  Close to 80 inches for the season.  Lately, the city has been plowing snow into the middle of the street, and it's scooped up by a giant snowblower and dumped into a truck.  The snow then is taken to vacant lots and various \"snow farms\" where they make giant piles.

But there's been so much snow some municipalities are using diesel-powered snow melters to reduce the piles.  And some communities are even dumping snow into the ocean.  However, there is big concern pollutants will end up there as well.

The city of Milwaukee has its own dumping site.  It was utilized during the February 1st storm.