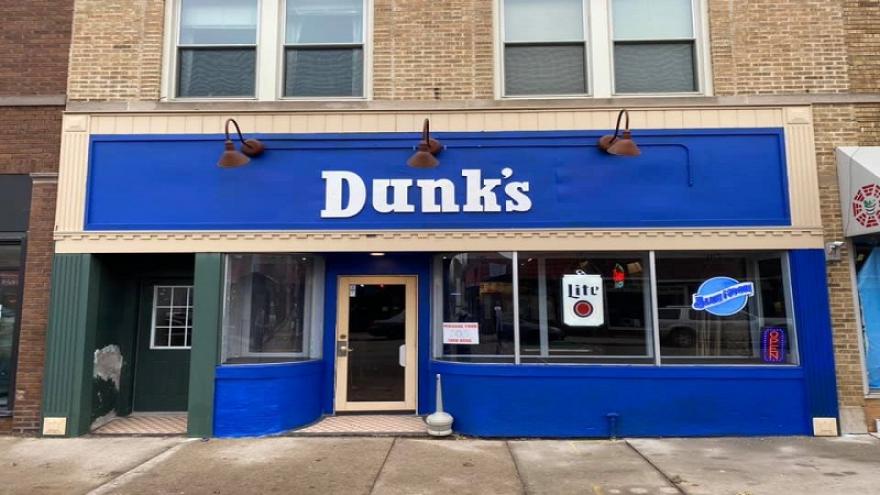 Dunk's Public House made history on Thursday, Nov. 21 during their grand opening as the first bar in West Racine to open its doors in more than 100 years since before prohibition in 1919.

When prohibition ended in 1933, cities had a choice whether to remain dry. Three aldermanic districts in Racine chose to stay dry, including District 9, known as West Racine.

"One was repealed almost instantly and ours and the neighboring one have never had alcohol until this moment," said John Dunk, owner of Dunk's Public House.

"You had some parts of the community that did not embrace your traditional tavern scene and pubs like we're seeing today," says Racine District 9 Alderman, Trevor Jung.

Dunk previously owned John's Dock in Racine for almost a decade. The lakefront bar was seasonal, so John and his son jumped at the idea of opening Dunk's Public House.

"We were looking for a place where we could be in business all year and have it be more of a neighborhood feel, so off we went," said Dunk.

Dunk's Public House has a unique history. The building itself was built during prohibition, and Dunk wants customers to see its character.

"We re-exposed the brick wall that was original, we restored the floor from 1920 and we've brought out the history of the building going through it too," adds Dunk.

"The excitement is real," says Ald. Jung. "There's a lot of opportunity for new types of businesses that will hopefully start in the heart of this neighborhood."

People who live just a couple of blocks from Dunk's Public House say it's nice to be able to walk to a bar and get to know their neighbors.

"I'm pretty excited of knowing more of my neighbors, getting together and then you know, being able to walk home," said Roger Rodriguez, who lives just two blocks from Dunk's Public House.

"This is making history for West Racine," said Dunk. "We have met so many of our neighbors over the last year of development and it's been so fun."

As for John, Dunk's Public House will always be known as a place where 'prohibition ends at last' in West Racine.

"My son and I, we worked the whole last year pretty much tirelessly to get the renovations done, hoping that today would come," Dunk adds.