West Bend woman thanks neighbor for saving her life 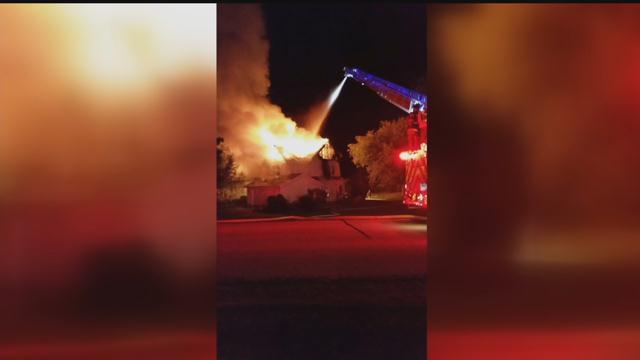 WEST BEND, Wis. (Oct. 8, 2015) -- A weekend fire in West Bend destroys a home leaving the family with almost nothing. The fire erupted near the chimney around 10 p.m. Sunday night. Few things were salvageable, including some pictures and two tickets to a Packers game in November.

Denice Phillips, and her husband Dave, are so thankful for the neighbors they have. One neighbor, in particular, told her about the fire.

"When the police were here, I introduced them as the angels who saved my life," Phillips said, as she described her neighbors, the Garvey's.

Denice says Sue Garvey was out walking her dog.

"They smelled something different that didn't smell like a normal fire, not a camp fire or bonfire or anything like that. It smelled different," Denice recalled.

Garvey says she told her husband, who saw a odd glow in the darkness. They ran to pound on the Phillips' door and called 911 at the same time.

"And got her out, the dog out, the cat out, so all the important stuff," Garvey said.

Much of Denice and Dave's stuff was lost, except those two prized tickets to a November Packers game. She says she is still going.

"Oh yes, it'll be something a little fun to do in the midst of all this," she added.

A lot of people have the Phillips' back. One of Denice's co-workers set up an internet fundraising page which you can get to here: https://www.gofundme.com/DPhillips