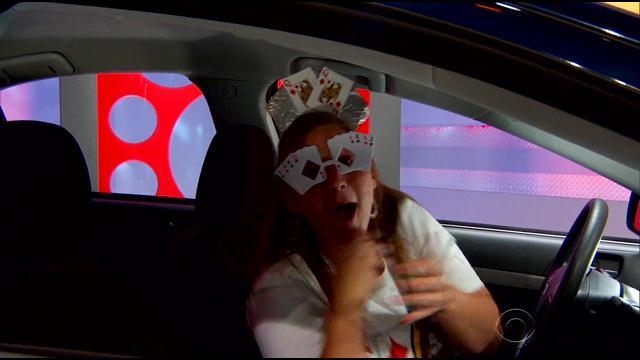 A local woman is finally able to break her silence about winning on the \"Let's Make a Deal\" game show that airs weekdays at 9 a.m. on CBS 58.

Kristina Neesam is a loyal viewer and figured why not get tickets to the show during a \"girl's trip\" with her mom and sisters in California.

That was back in August.

She and her family have had to keep the secret all this time or risk losing the prize, a brand new car valued at $18,000.

\"Everybody was shocked asking me how did you keep the secret that long?\" Nessam told CBS 58 News after the episode aired.

Neesam says she did a google search to come up with her group's costumes, the four queens, which cost her about $20.

She says she and her family were the first ones in line the day of taping.

Host Wayne Brady says what Nessam did has never been done before, winning on the first guess and never giving an opponent a chance to challenge her.

Brady said moments after the incredible pick, \"I'll be going to Vegas with her after the show.\"

Nessam was shown a list of boxes numbered 1 through 9.