WEST ALLIS, Wis. (CBS 58) -- The West Allis Police Department is asking the public for help in identifying a vehicle and the driver which followed two juvenile females under suspicious circumstances.

West Allis Police took a report of a pickup truck following two females as they walked home around 11 a.m. on Monday.

The two juvenile females were walking eastbound on the south side of W. Greenfield Avenue in the general vicinity of the on-ramps with I-894. As they walked, a silver Chevrolet pickup truck pulled up next to them.

The driver of the pickup truck allegedly motioned for the females to come towards the truck and allegedly told them to "get in."

According to a release, the females started to walk along a side street and saw the same pickup truck turn onto that street. They then ran from the area. 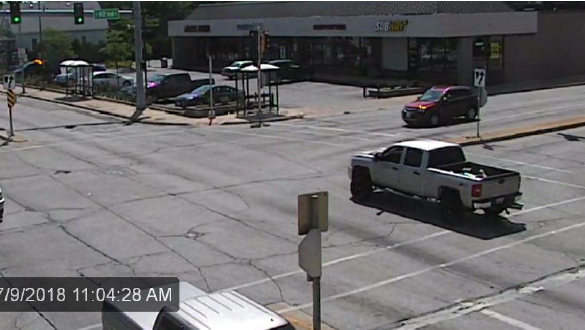 The driver of the pickup is described as a Hispanic or white male with a heavy tan in his 20’s or 30’s. The male had short dark hair and was wearing sunglasses. At this time, there is no clothing description.

Anybody with information regarding this pickup truck or male party is asked to call the West Allis Police Department at 414-302-8000.