"We're just happy to be here:" 120 People sworn in as citizens during Milwaukee Flag Day celebration 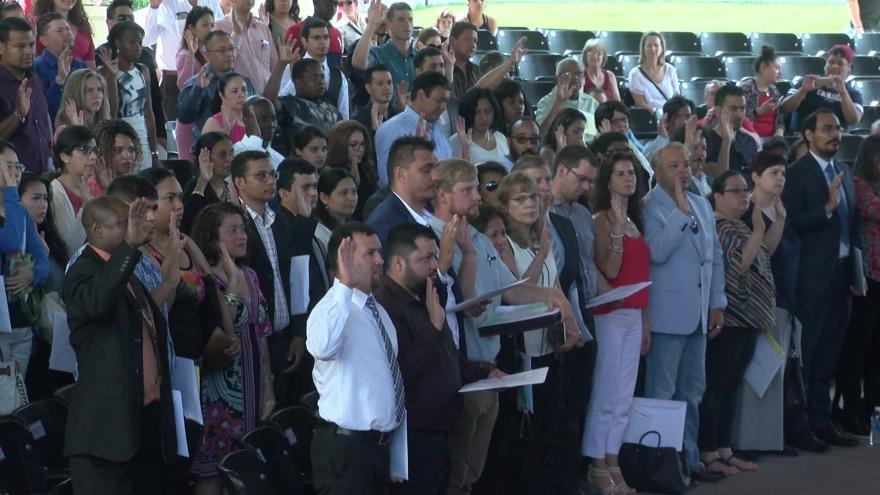 They came from 25 countries including Cuba, Bangladesh, and Cambodia.

"Let me be the first to congratulate you all on becoming citizens of the United States of America, let's have some applause."

The group was sworn in at the Marcus Center for the Performing Arts. It was part of the Flag Day Celebration.

After the ceremony, each person received their Certificate of Citizenship. One woman said she's been waiting for this day for years.

"We've been here about 22 years, raised our kids here, and it's just great to know that we belong to this country now fully. We're just happy to be here and doing, doing what every U.S. citizen will do and we will support this country and thank you for having us," said new citizen Karola Aita.