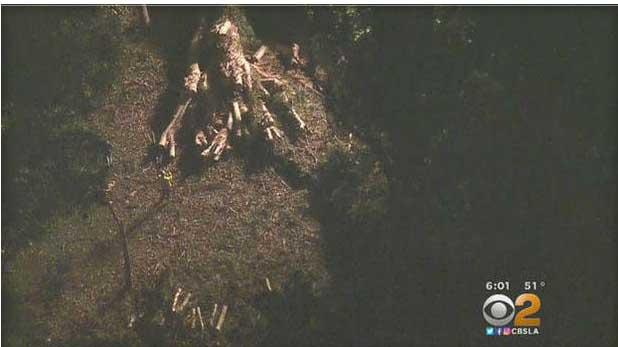 WHITTIER, Calif. (CBS NEWS) --  Los Angeles County Fire Department officials say at least one person died and five others were injured after a large tree fell on a wedding party in the city of Whittier.

One person at the scene was reported to be in cardiac arrest, CBS Los Angeles reports. It was unclear if that was the fatality.

Initial reports said the fallen tree had trapped as many as 20 people beneath it.

Officials said the party was taking pictures at the time the tree fell.

At least two of the injuries were considered serious, officials said.