'We love The Hop': Ridership on Milwaukee's streetcar skyrocketed this summer

’We love The Hop’: Ridership on Milwaukee’s streetcar skyrocketed this summer

MILWAUKEE (CBS 58) – Despite not getting approval to extend the streetcar, The Hop is seeing an increase in ridership this summer.

From June to July, ridership on The Hop increased by 45% with about a thousand more rides every day. 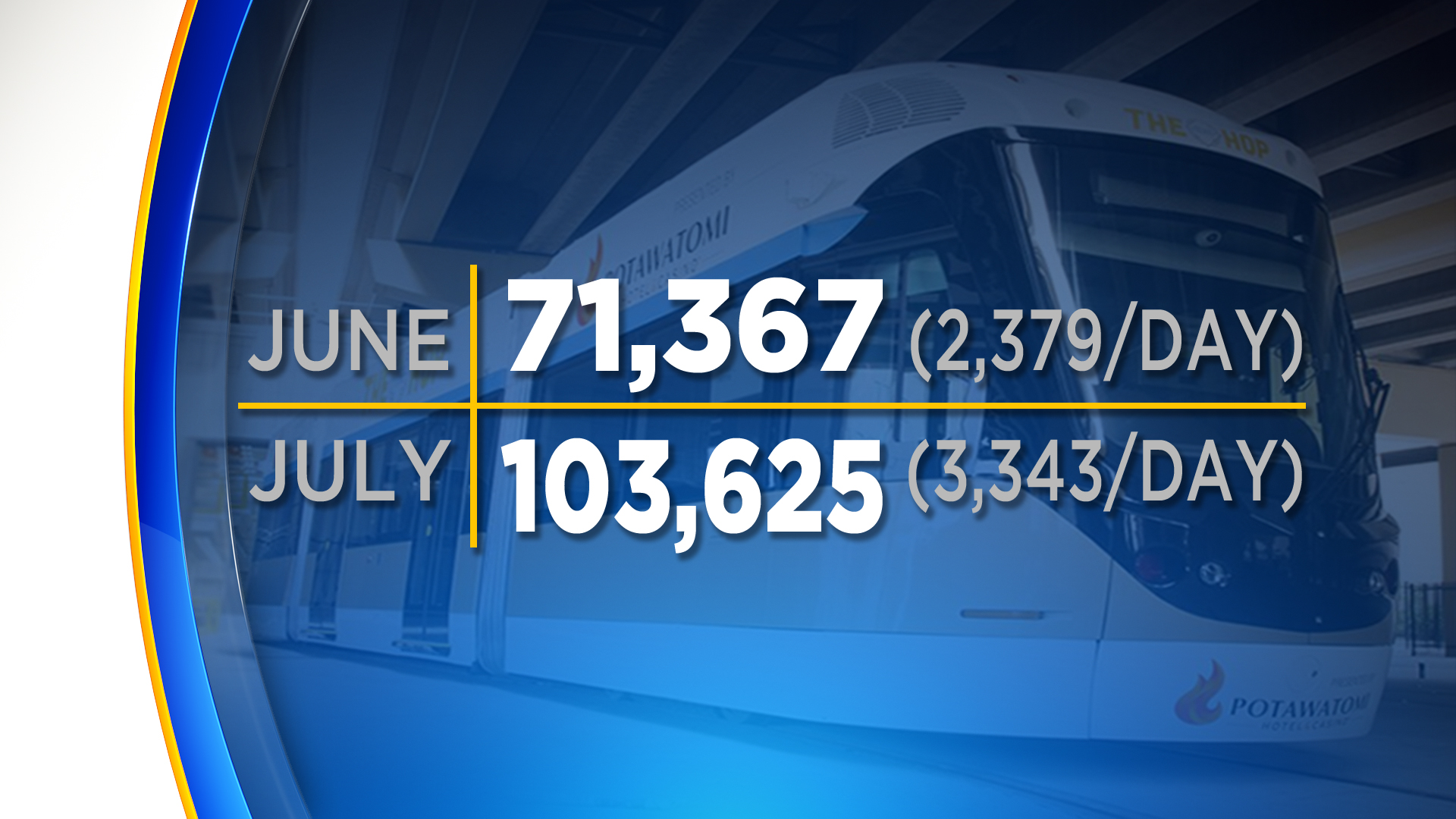 “We love The Hop, we use it to get almost everywhere,” said Christine Dawley, who was riding The Hop on Saturday.

Ridership on The Hop was at an all-time high during the 38th annual Bastille Days event, which ran from July 11-14. With a streetcar stop located right near the weekend-long event, there were 9,000 rides on July 13, the Saturday of the festival.

“They've had the largest turnout they ever have had for Bastille Days and I think that was in part because of the accessibility it has provided by The Hop,” Milwaukee Mayor Tom Barrett said.

Mayor Barrett proposed a 46-million dollar expansion that would extend the streetcar to the Wisconsin Center, north to Bronzeville and south to Walkers Point. The proposal is on hold.

“I was disappointed that the council didn't take it up before the recess, but I continue to believe that the more people ride it, the more they will appreciate its value to our community,” Mayor Barrett said.

It costs more than $4M to operate the streetcar. Milwaukee Alderman Tony Zielinski said the expansion would be financially irresponsible.

“We have many more pressing needs in Milwaukee than to divert money to a streetcar that just goes around in a circle,” Zielinski said.

The streetcar has been free to ride, with sponsorship from Potawatomi Casino. The city was originally supposed to start charging people fees to ride the streetcar in November 2019, but streetcar officials have said they want to hold off on charging riders because they are worried ridership could drop. But, some riders say they would still get on.

“We love The Hop, we love that it's free and honestly I'll ride The Hop even if it costs something,” Dawley said. “I just think it's a great way to get around Milwaukee.”