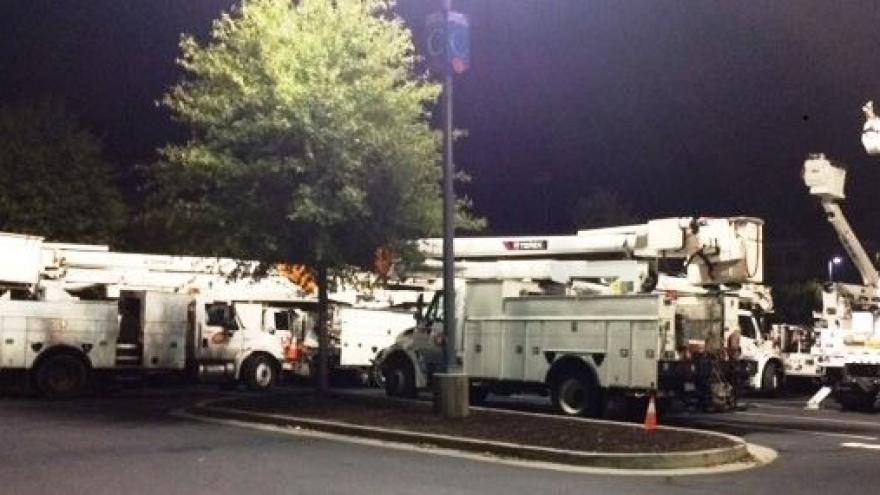 MILWAUKEE (CBS 58) -- We Energies crews who traveled down to metro Atlanta over the weekend to help with power restoration are now back home. More than 30 workers wound up in a rural area about 60 miles northeast of Atlanta where they spent two 16-hour days restoring power to customers that had been without electric service for several days following Hurricane Irma.

“It was an honor to be part of this major restoration effort,” said Area Manager Mike McNeil, who led the group. “The people we met in Georgia were so appreciative of our efforts. We’re happy we could help them in their time of need.”

One of the more memorable encounters for the workers was with members of Liberty Baptist Church in Lula, Georgia. Church members served meals to crew members and prayed for them. They also thanked them publicly on the church’s Facebook page.

Crews were released to return to Wisconsin after host utility Georgia Power concluded restoration efforts. Crews from We Energies' sister company, Wisconsin Public Service, were re-routed to Florida after getting released in Georgia. They continue restoration efforts in a rural area west of St. Augustine.

The workers are staying in bunk trailers at Coolray Field, home of the Atlanta Braves’ AAA team, along with hundreds of other utility workers from across the country.

The crews' first assignment is near Gainesville which is about 60 miles outside of Atlanta.