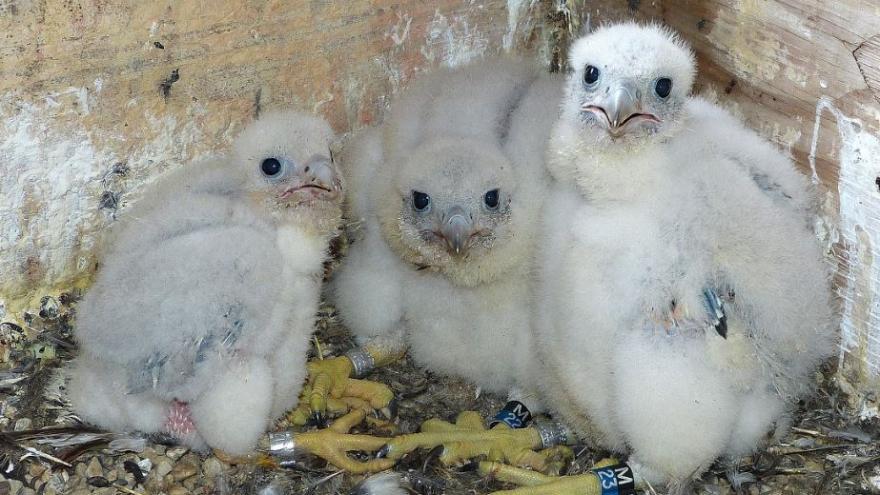 Thousands of people weighed in and cast their votes to name the baby birds after their favorite things about Wisconsin.

The Oak Creek Power Plant chicks are (from left to right in above photo) Scoop, Cream Puff and Bubbler.

Milwaukee's Valley Power Plant chicks have been named Brandy, Blaze and Hoppy (from left to right, below). 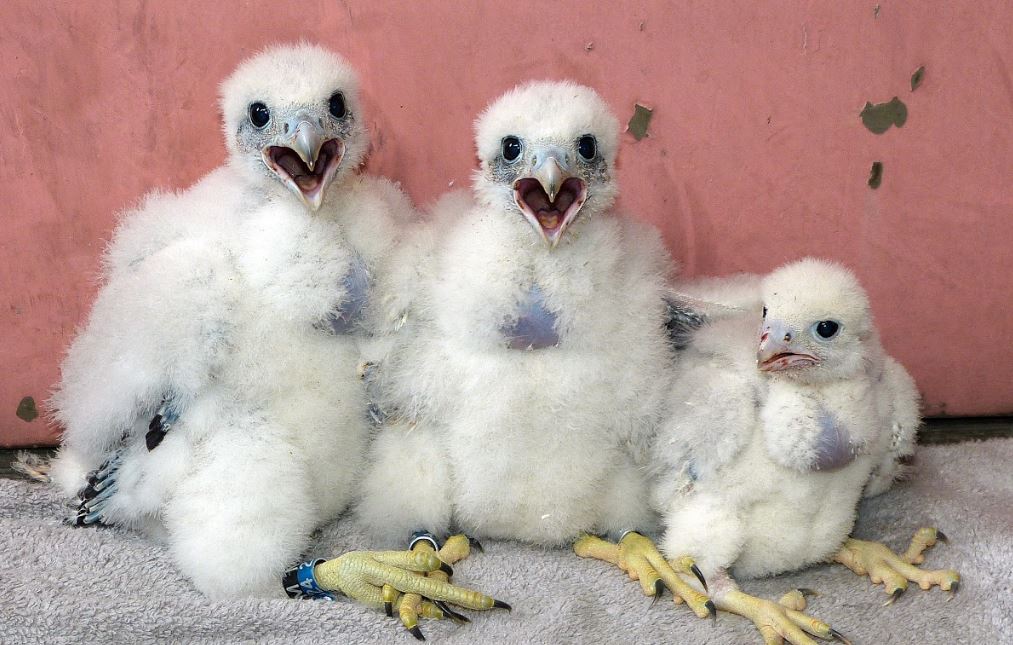 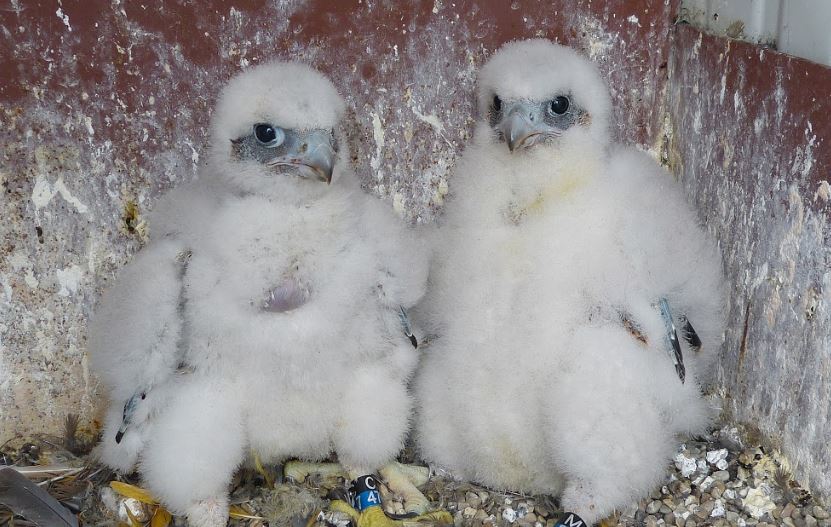 All but one of the chicks have already been banded to allow for identification in the wild.

We Energies says there are just a few weeks left to watch the chicks in their nest boxes before they fly away later this month.

Tune into their live nest box cameras here before they say goodbye.