In his letter, Weber said he's happy to recommend Mensah to Waukesha County. He said he's disappointed to lose Mensah.

However, the lawyer representing the families of people shot and killed by Mensah calls the letter full of lies.

"This letter had lies in it," said attorney Kim Motley.

On Mensah's shootings, he wrote: "In each of them, (Mensah) was confronted by a person who was armed and refused to put down their weapon."

"With the Jay Anderson shooting in particular, he never touched, pointed or did anything with regard to any weapons to Mensah or towards Mensah," said Motley.

"Does Wauwatosa still want to have this kind of major legal liability, Chief Weber as a chief, for its city," said Motley.

"Mr. Mensah progressed through an extensive, thorough and exhaustive hiring process," said Severson in a statement.

The ACLU of Wisconsin condemned the sheriff's office for hiring Mensah.

"After seeing such deep and recent concern across the entire country about the systemic need for police accountability, it’s hard to understand the logic behind this example of just the opposite,” said the ACLU of Wisconsin in a statement.

Motley said the letter does one thing, it gives her more ammunition in her lawsuits against the city.

"There is nothing in that file as it relates to an internal investigation with Alvin Cole," said Motley.

Neither the Waukesha County Sheriff or Wauwatosa Police Chief responded to our interview requests Wednesday.

Read the letter in full below: 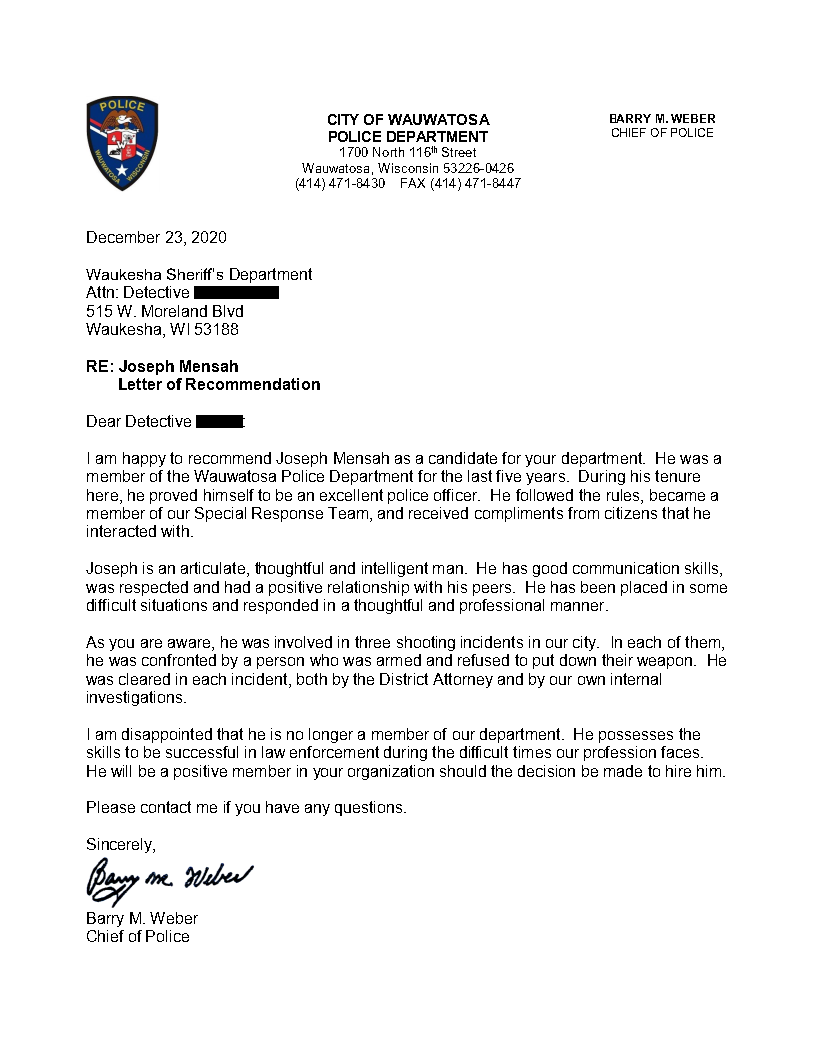