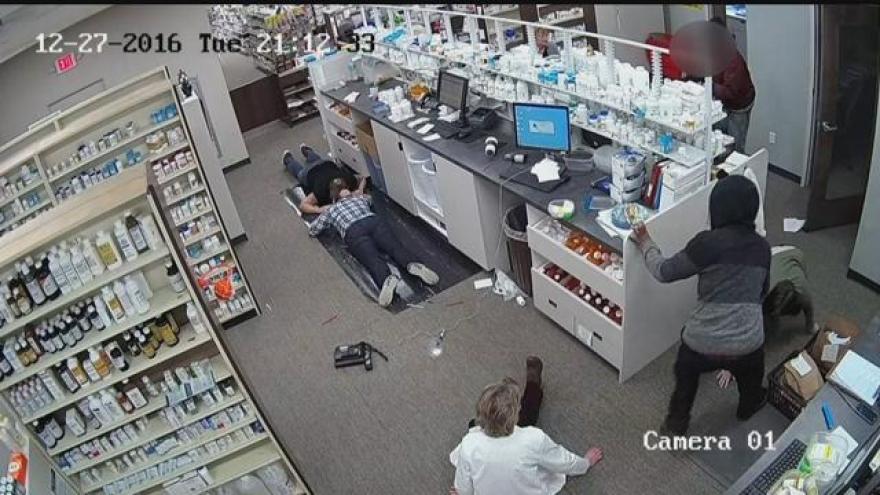 Thieves have hit another local pharmacy.

Tuesday night three people burglarized the Aurora Pharmacy in Brookfield. The thieves took an unknown amount of painkillers and narcotics.

There has somewhat of a string of these thefts with no arrests yet. There were at least four pharmacy thefts statewide in the last week. Many of the suspects stole opioids, which highlights a problem in the area according to police.

Wauwatosa Police are hoping to identify two suspects in a robbery that took place a week ago, December 28th, at Swan Pharmacy.

Newly released video shows the suspects going behind the counter. One holds a gun to employees, and the other pushes them to the ground. He rips the phone from the wall before they demand prescription narcotics.

The two suspects are connected to a carjacking in Chicago earlier that morning. That car was located blocks from the Swan Pharmacy after the robbery.

A pharmacy in Milwaukee was burglarized on Monday, January 2nd.

Pharmacy thefts haven't been too common according to police.

"A lot of pharmacies have a lot of security measures in place. So, we don't see these things occurring daily or weekly by any means, and a lot of it has to do with those security measures that are in place," said Lt. Brian Zalewski with Wauwatosa Police Department. "It's not something that's occurring on a regular basis. why we've seen a few in the last few days or last few weeks it's hard to say."

In the Milwaukee burglary, thieves took medical supplies, but in the others, thieves were all after a certain type of medication.

"Obviously there's a problem with addictions and opioid addictions throughout the state and therefore you're seeing some of these potential crimes that are being committed specifically to target these types of medications people are seeking whether they intend to use or sell it.

If you have any information about the suspects in the video or the Swan Pharmacy robbery, call Wauwatosa Police at 414-471-8430, or anonymously contact Wauwatosa Crime Stoppers, 771-TOSA (8672), OR anonymously Text-a-Tip to “crimes” using keyword “tosa”