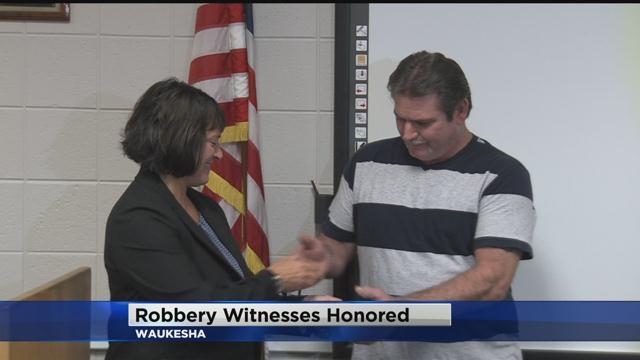 Jeffrey Cota, Maria Martinez and Jeffrey Nowak received certificates of appreciation from Waukesha Crime Stoppers because they supplied information which led to the arrest of a suspect in two bank robberies last year.

"Sometimes people don't understand just how dangerous armed robbers are.  They think, well it wasn't a homicide, it wasn't anything more serious.  Our homicide last year, January 7, 2015 was an armed robbery that within a second turned into a homicide."

"I believe if they see something done wrong they should say something about it.  Hopefully it works out the right way instead of the wrong way when they do say something, but it should just be done," said Cota.

Cota says he told police about what he saw after seeing a report about the robbery on the CBS 58 Morning News.