Watch: Mama bear carries 3 cubs on her back while swimming in incredible video

Watch: Mama bear carries 3 cubs on her back while swimming in incredible video

COUDERAY, Wis. (CBS 58) -- A mother's love knows no bounds. Incredible video captured in northern Wisconsin shows a mama bear carrying three cubs on her back while swimming from one side of the Chippewa Flowage to the other.

While on a two-week fishing trip back in June, Dan and Nelda Powers along with Bluford and Helen Fitch, witnessed the once-in-a-lifetime sight in Couderay, Wisconsin. 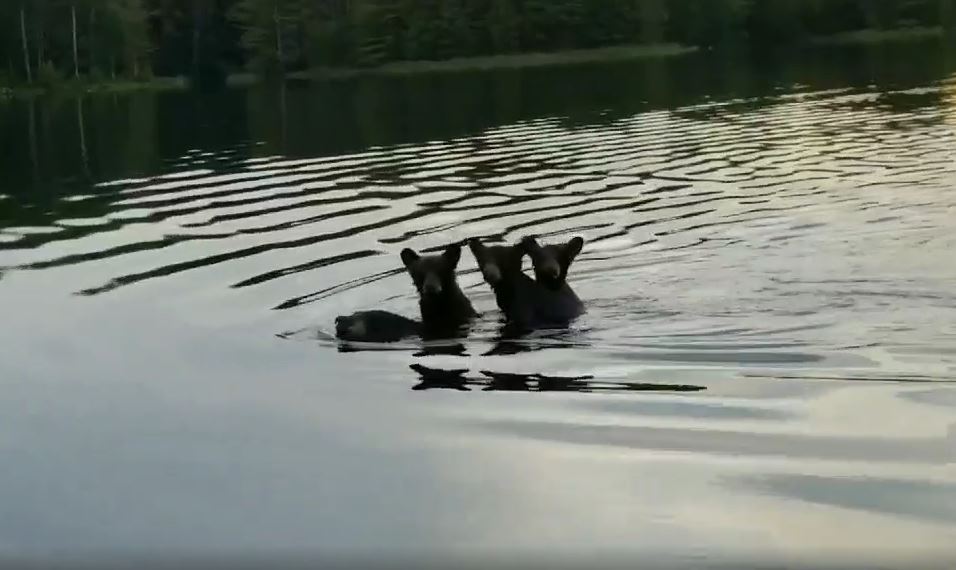 Nelda and Dan, who are from Crown Point, Indiana, told CBS 58 Bluford Fitch -- a fisherman -- was taking them out on a sunset boat cruise when they saw the bears.

The group was amazed at what they saw.

"What a picture," one can be heard in the video; "Isn't that a riot," another says.

Nelda said they weren't sure what to do with such a special video but decided to finally share it online and are happy they did. The video posted to the Indian Trail Resorts' Facebook page has garnered nearly 3,000 shares as of Thursday morning, Aug. 20.

"It makes you feel good when you watch it," Nelda told CBS 58.