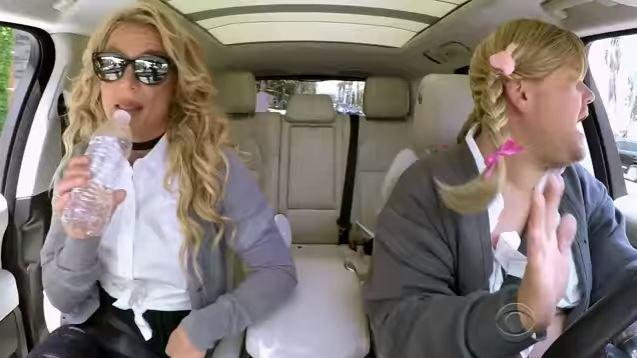 (CBSNews) Britney Spears joined James Corden in the latest installment of “Carpool Karaoke” and revealed the big mystery behind “Oops I Did It Again”: “I don’t know. I think it’s just a song.”

The “Late Late Show” host explained that he thought it was about ordering Domino’s Pizza before the two broke into song in the car. Incredibly, Spears sounded exactly the same as she did 16 years ago when she sang the hit single. The two quickly got personal as they talked about kids and marriage. Spears revealed that she wants three more kids with the right man, but she never wants to get married again.

“I mean, I might French kiss someone, but I’m not going to marry anyone,” she said. “I don’t believe in marriage anymore.”Later, the two got dressed in one of Spears’ most iconic costumes as they sang “... Baby One More Time,” with Corden baring significantly more skin and donning pink pom pom hair ties. Watch their ride below.