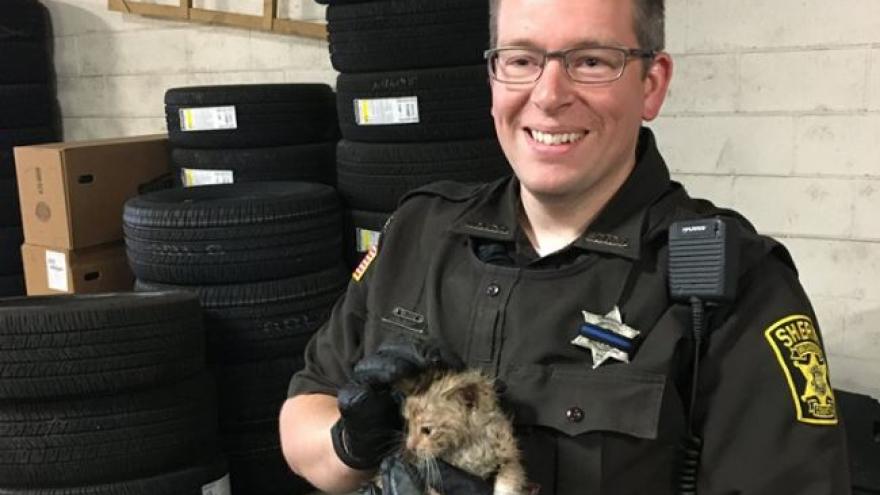 WASHINGTON COUNTY, Wis. (CBS 58) -- The Washington County Sheriff's Office says they found a stowaway kitten on one of its squad cars.

The Sheriff's Office says on Tuesday, June 25 a deputy heard an odd sound coming from the back of his squad. The deputy was able to determine a cat decided to hitchhike by climbing into the chassis of the squad car.

The deputy parked the car at the Sheriff's Office hoping the cat would climb out on its own and return home.

On Wednesday morning, another deputy was about to start his day in a different squad car when he heard the sound of a cat. The cat had relocated to the other squad car. Sheriff's deputies were able to safely extricate the animal, which was discovered to be a young kitten.

The Sheriff's Office initially said that while it appeared as though the kitten would like to join the department, they thought it would create a hostile work environment with their K9 Officer, Ryker.

The Sheriff’s Deputy adopted the kitten and named it Joyride.