Warm and wet August wraps up; looking ahead to September

NOW: Warm and wet August wraps up; looking ahead to September

August is over and September has arrived. With the changing of the calendar also comes the changing of the seasons in the weather world as September 1st starts meteorological fall. August was a very hot month in southeast Wisconsin and we finally saw some decent rain. The average temperature ended at 75.5* which is a drop thanks to a cooler last day of the month. Overall August ends as the 6th warmest on record. In recent memory, 2016 was a hotter year. 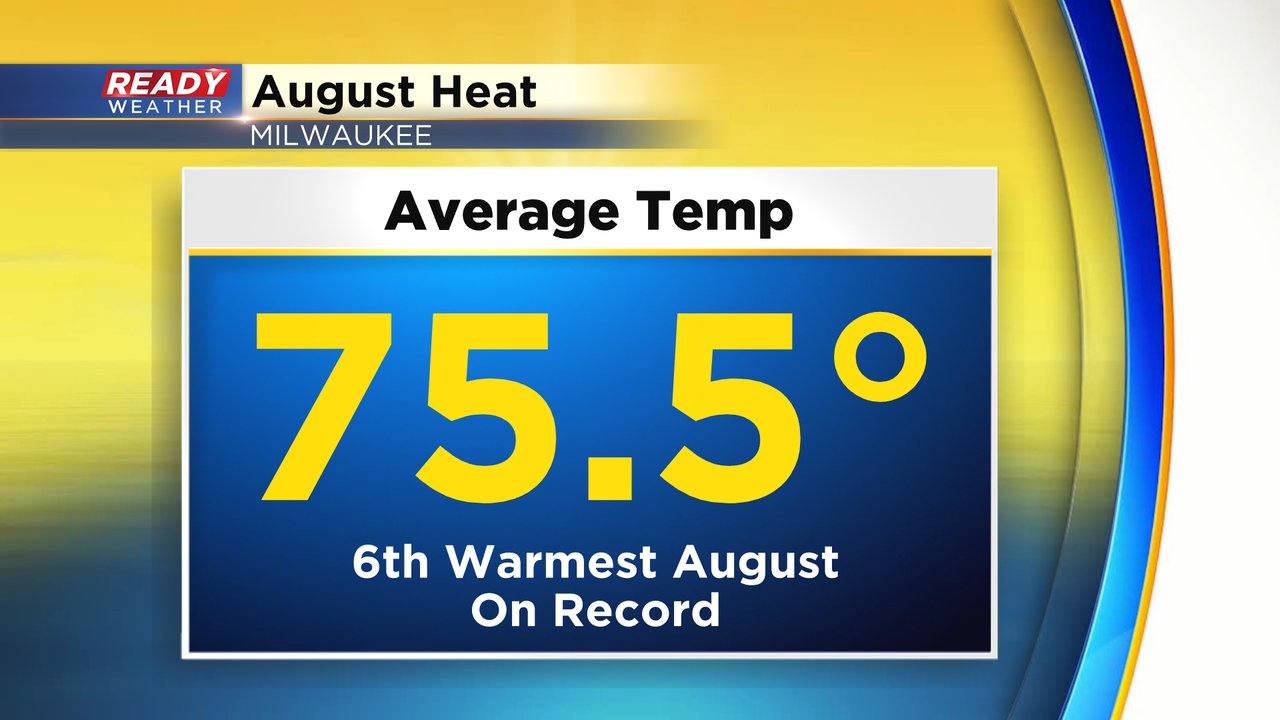 August was overall warm but especially when it came to days in the 90s. Milwaukee saw 7 days at or above 90* which is the fifth most on record. The average number of 90* days during the month is only two. Nearly 75% of the days in August saw high temps at or above the average which went from the low 80s at the beginning of the month to the upper 70s at the end. 23 days exactly had high temps above those numbers. 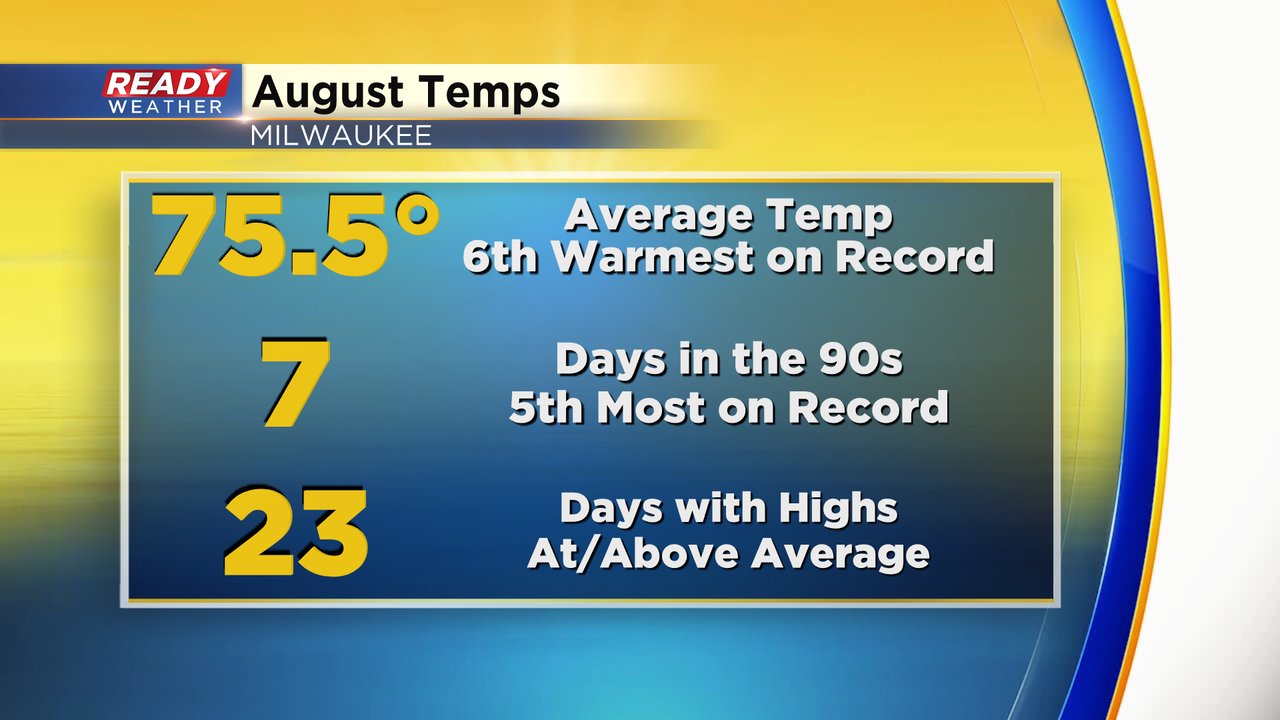 When it comes to rainfall we had big downpours with severe weather in spurts. Overall Milwaukee picked up 4.77" of rain which is over an inch above average and good enough to go down as the 30th wettest August on record. It didn't come anywhere close to last year's August which had rain totals nearing eight and a half inches. 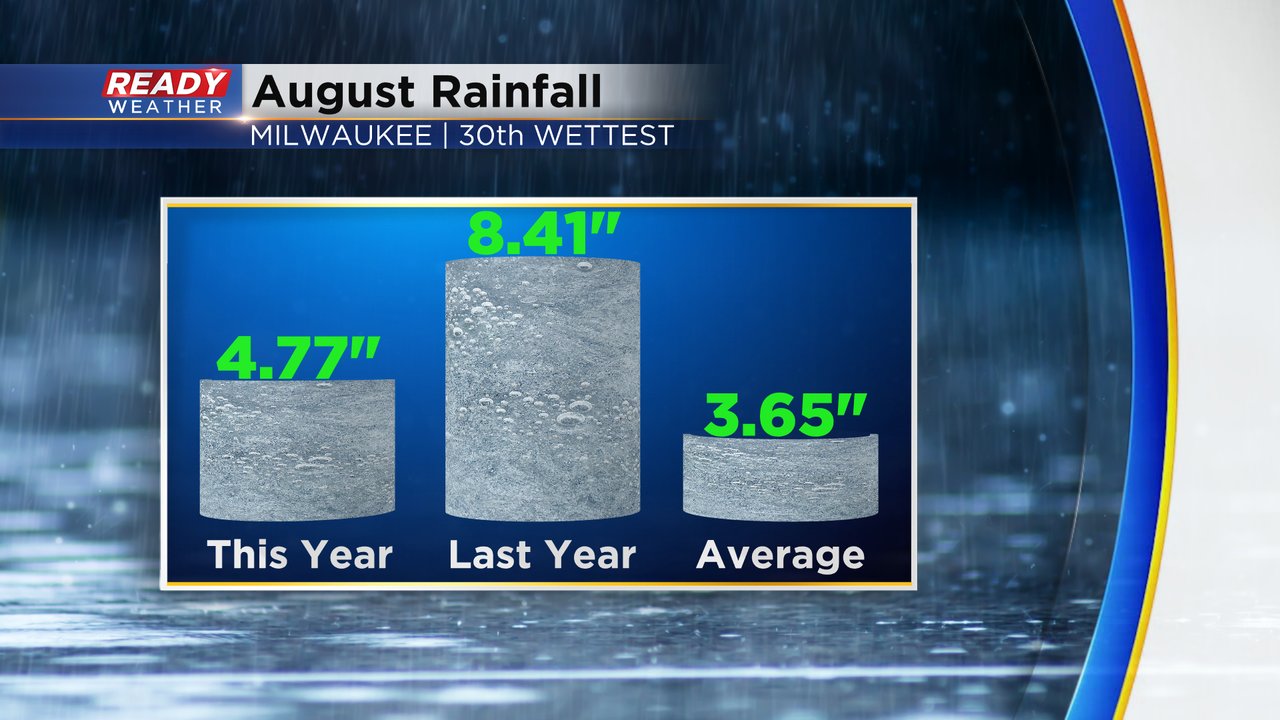 September is the month when our temperatures start to cool again. The average high drops 10* during the month from the upper 70s to the upper 60s. The average lows go from the low 60s to around 50. September averages over 3" of rainfall and while it doesn't average any snow and has never had measurable snowfall there have been a few years with some snowflakes. The earliest trace of snow is September 23 back in 1942. 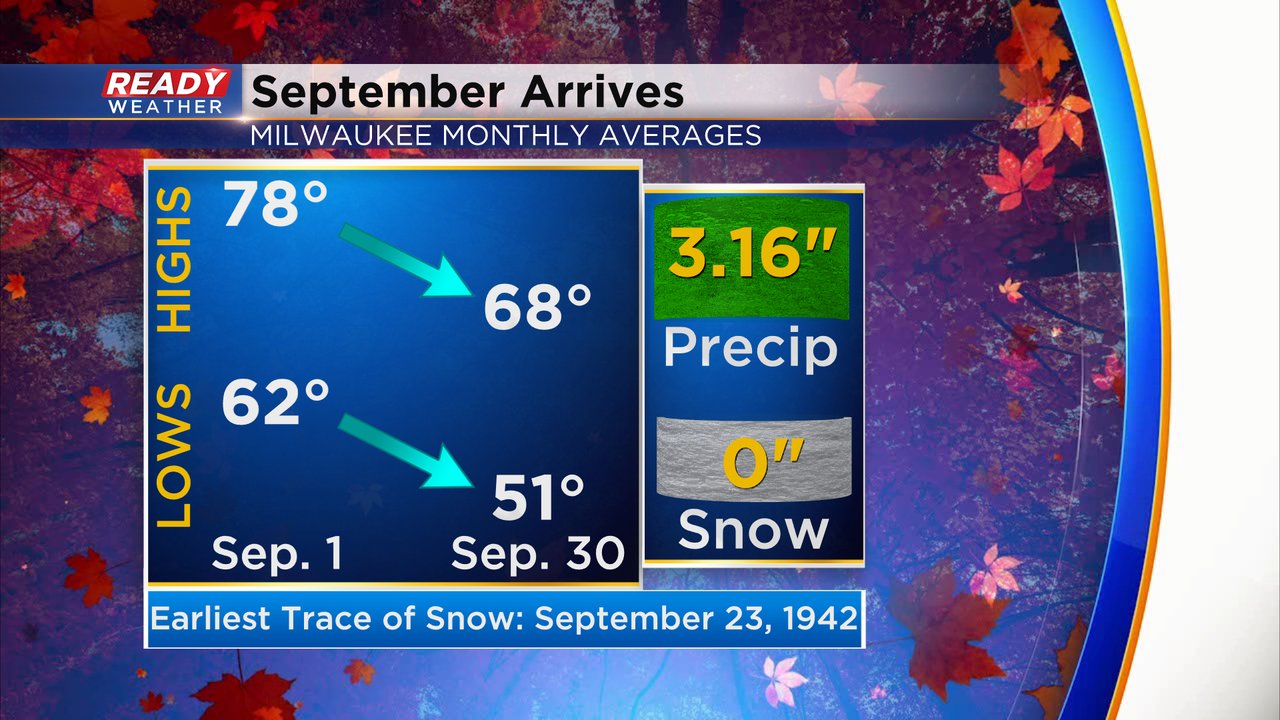 Download the CBS 58 Ready Weather app to track the temps throughout the new month and when some rain chances return.