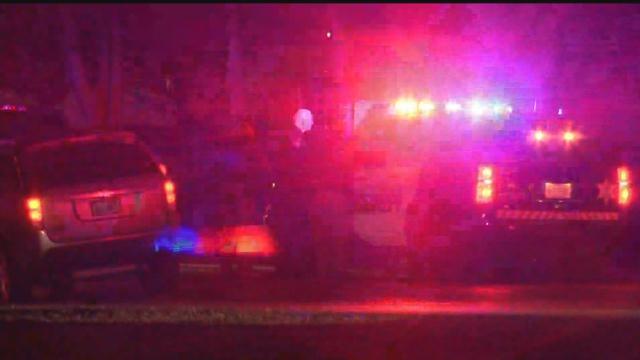 No charges for a Walworth County Sheriff deputy who shot and killed a 21 year old Milwaukee man  in February.

Records show it was a drug sting gone wrong but the district attorney says that didn't factor into his decision.

According to the district attorney's report the two men with Christopher Davis were actually the ones who planned to sell cocaine to the undercover officer, but he was the one who was fatally shot.

"I had never been in a position until that moment where a vehicle is speeding toward me and I was in legitimate fear for my life," said Officer Juan Ortiz from the Walworth County Sheriff's Department.

In an interview with the Wisconsin Department of Justice Officer Juan Ortiz describes the moment when a car belonging to Christopher Davis came barreling at him.

"It was coming directly at me at the highest acceleration rate it could, the tires squealed I could hear the engine rev extremely loud," said Ortiz.

Davis was a passenger.

The report states, the man driving, Jose Lara, and another passenger Roberto Juarez-Nieves were trying to get away after realizing they were selling cocaine to police.

"My gun was out and I started moving as fast as I could to my right. But I knew, I don't know if I knew, I was going to get hit if I didn't do something," said Ortiz.

The driver told police  he wasn't trying to run over Deputy Ortiz but could see how Ortiz would have thought he was in that moment.

One of the bullets from Ortiz's gun hit Davis in the head, he later died at the hospital.

Tuesday Walworth County District Attorney Daniel Necci said based on evidence Officer Ortiz was acting in self defense, even if Davis was not involved in the drug deal.

"Mr. Davis' involvement in that wasn't pertinent to determination as to the propriety of Deputy Ortiz's actions. So we didn't give that much thought," he said.

Deputy Ortiz is back on active duty. The driver faces two charges and charged are forthcoming for the second passenger.