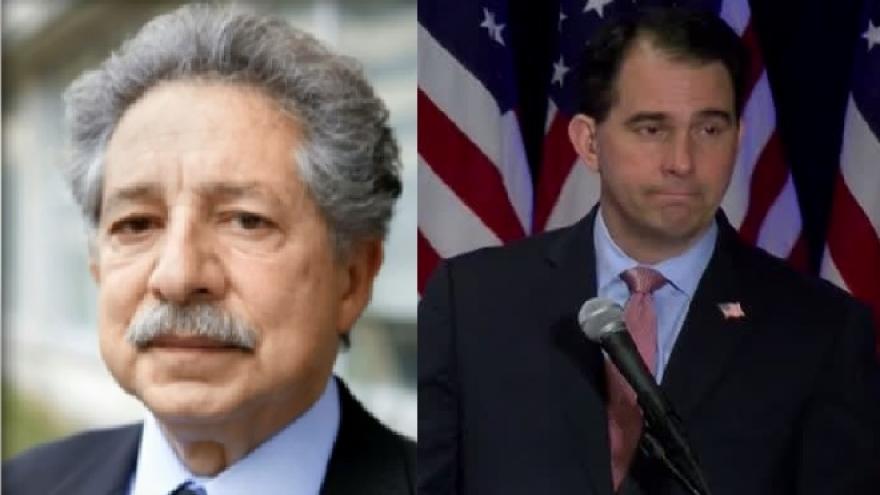 MADISON, Wis. (AP) — The liberal mayor of Wisconsin's capital who is preparing a challenge to Republican Gov. Scott Walker defended giving a key to the city to former Cuban leader Fidel Castro, blasting Walker on Thursday for making the 1975 move an early flashpoint in the race.

Madison Mayor Paul Soglin, 72, plans to officially join a crowded Democratic field of candidates next week. Walker, who ran for president in 2016, is up for re-election to a third term as governor in November.

Soglin, who protested against the Vietnam War as a University of Wisconsin student in the 1960s, was first elected mayor in 1973. He has been in the position off and on since then, serving a total of 20 years. He traveled to Cuba three times as mayor in the 1970s, meeting with Castro twice.

Walker this week tweeted an image of one of the meetings with the message: "Look how far Democrats have drifted to the left when one of their leading candidates for Governor in Wisconsin is a mayor who gave brutal Communist dictator Fidel Castro the keys to the city!"

Soglin, who has been a vocal critic of Walker's, responded with a message saying the visits to Cuba taught him that "communication and understanding are a great way of making progress." Soglin said he suspected Cuba would be interested in trading with Wisconsin for dairy equipment.

Walker responded Wednesday night, saying, "Giving the keys to the city to a brutal Communist dictator who violated the human rights of his own people isn't 'communication and understanding' — it's extremism even by Madison standards."

Soglin, in an interview Thursday, called Walker a "phony," a "hypocrite" and a "fraud" for building ties with China as governor and leading a trade mission there in 2013 before taking a hard line stance against its communist regime as a presidential candidate in 2015.

"I believe my record in regards to Cuba is far better than Scott Walker's record on China," Soglin said, noting that he's long called for a Tibet free from Chinese rule.

Soglin accused Walker of bringing up Castro to deflect from his own record as governor the past seven years, including deteriorating roads and a recent deal with Foxconn Technology Group that puts taxpayers on the hook for nearly $4 billion in tax breaks.

Soglin defended giving Castro a key to the city, calling it a routine diplomatic move. Over his time as mayor, Soglin has given the key to the city to both Republicans and Democrats, the mayor of Jerusalem, and celebrities including rock 'n' roll pioneer Chuck Berry and jazz legend Charlie Mingus.

"What's really important is when you get through the diplomatic process, do you address issues of substance?" Soglin said. "I was not afraid to tell our Cuban hosts that they face challenges in establishing credibility with us if they didn't make changes in a democratic fashion — free elections, free press, not imprisoning political opponents, not imprisoning gays."