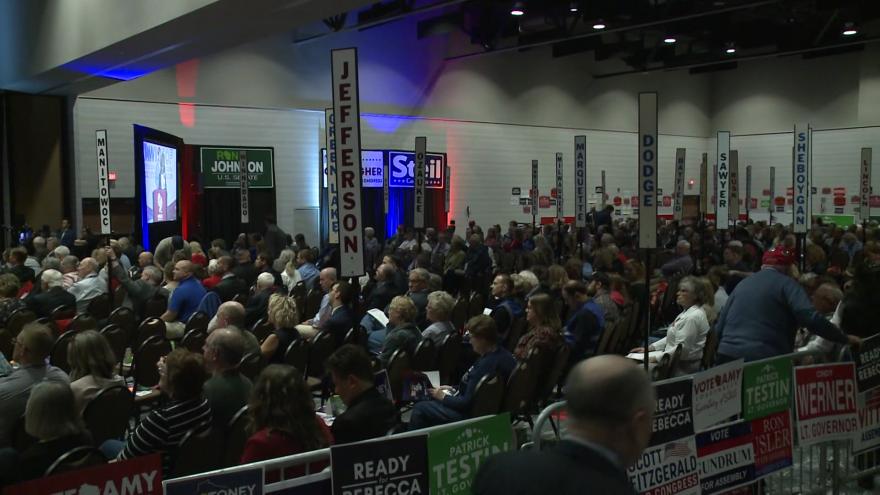 MIDDLETON Wis. (CBS 58) – The Republican leader of the state Assembly was booed by some convention-goers after telling the crowd there’s no pathway to decertifying the 2020 presidential election.

“We have no ability to decertify the election and go back,” Assembly Speaker Robin Vos said at the Republican state convention in Middleton during a legislative leader panel. “We need to focus on moving forward.”

Loud boos filled the convention hall after Vos’ comment, which prompted state party chairman Paul Farrow to tell delegates to “let him talk” and “be respectful.”

After the panel, Vos told reporters he has “thick skin” and said it doesn’t bother him that some Republicans disagree with him.

“At the end of the day we are all Republicans and people are super passionate,” Vos said. “They want change in Madison and they are desperate for a change in Washington…sometimes they are frustrated because Democrats won’t listen and take it out on Republicans. It’s okay.”

Vos continues to face pressure from some Republicans to revoke Joe Biden’s victory in Wisconsin, a move that he and non-partisan attorneys say is impossible. Grievances over the 2020 election have divided the party, as former President Donald Trump continues to spread false claims that the election was stolen.

The Rochester Republican hired former Supreme Court Justice Michael Gableman to investigate the 2020 election last year, but recently put the review on hold. Vos has issued several extensions to Gableman's taxpayer-funded review, which has produced no credible evidence of voter fraud in Wisconsin.

Vos said he wants peoples' anger to be redirected at Democratic Gov. Tony Evers, who vetoed GOP bills to overhaul elections. Rejecting those bills have become a centerpiece of Evers' re-election campaign, telling supporters democracy is at stake if Wisconsin were to elect a Republican governor.